Absolutely Free taught me not to judge a book by its cover. I had never heard of the Toronto-based trio when I was asked to review their show and, right off the bat, I assumed I wouldn’t like them based on their name. Absolutely Free? To me, that sounds like a pop-punk band that targets angsty teenagers (presumably because of Discount, Alison Mosshart’s former band). Their Facebook page didn’t help either, with its vague information suggesting only that they are a band from Saturn whose influences include Kraftwerk and the Talking Heads. Normally, I would pass on a band like this. But then I saw that they were touring with Alvvays, which instantly gave them some validity in my mind. I decided to give their show a chance and I’m really glad that I did.

On a Tuesday night, I stood amongst a sea of bearded, bespectacled, beanie-clad men at Seattle’s Barboza. The show was sold out and the room was full of chatter amongst groups of friends. Without any kind of greeting or recognition of the audience, Absolutely Free appeared onstage and immediately began playing ‘Window of Time’. An explosion of ethereal sounds enveloped the room and the singer’s voice silenced the crowd. It was quite powerful and I was amazed at how crystal clear the lyrics sounded. I don’t think I’ve ever been at a show where I understood every single word that was being sung. 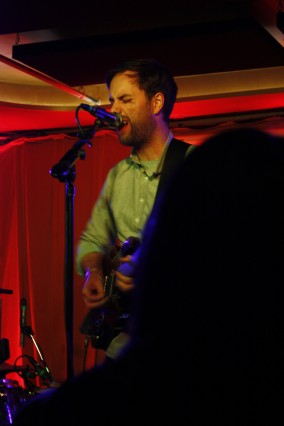 These guys were really good musicians and the rest of their songs were much louder and very drum heavy. ‘Beneath the Air’ was a big hit amongst the crowd as it sparked some dancing and earned them some cheers. By the middle of the set, the singer managed to say a simple “hello” to the audience, keeping an air of mystery as he pulled out a guitar. They did not do much else to connect with the audience but their performance was such an experience to watch that it wasn’t necessary for them to tell us stories or silly jokes. Their songs overall seemed effortless, spacey, and had some thoughtful lyrics. They reminded me of Grizzly Bear in the sense that their recordings are soft and mellow but their live music is very loud and energetic, a whole other beast. Absolutely go and see Absolutely Free. 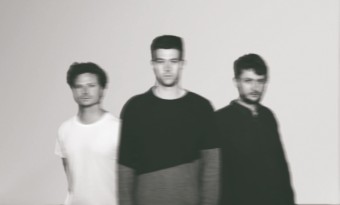 We were surprised to discover that Portico are no longer a quartet, no longer an instrumental band, and no longer employ the hang or saxophone. So what do they do?
Read More