Ash Koosha has passed me by so far, though I’ll be digging into his debut pronto based on the anxiety-ridden clattering of ‘Mudafossil’. Nicholas Burman

This narrowly missed being featured in last week’s Single-Minded, but something about ‘O Happy, Happy, Happy’ has been nagging away so insistently that it’s managed to clamber into this week’s column instead. The intro makes you expect the sort of modern indie nonsense best suited to adverts for banks who want to project a friendlier image, but the “twisting and turning” charge into a ridiculously over-the-top chorus saves the day, as does the scrambled solo at the end. Kier Wiater Carnihan

Charles Bradley – Change for the World

If there’s one sad truth about art – in modern pop culture, at least – it’s that hardship is usually the input for the most life-affirming output. Not that hardship should be endured in order to give blogs something decent to write about, but should the good times ever come we should probably expect the role of art to change quite a bit. Having said that, Charles Bradley’s Biblical, end-is-nigh proclamations regularly persuade me to hope for the end of days to come quicker, if only for his voice to continue exerting the sort of power found here and in previous highlight ‘The World (Is Going Up In Flames)’. Not that Charles Bradley ever sounds like he lacks optimism for the human spirit. NB

Dawn Richard – Not Above That

See, if the last Grimes album had sounded like this I’d have got what all the fuss was about. Inventive, elastic future-pop that manages to absorb an EDM influence while filtering out the most annoying elements. It doesn’t quite match last year’s ‘Calypso’, but then what does? KWC

FEMME – Light Me Up

Speaking about great pop, our good friend FEMME has just announced her debut album and released this fresh cut for your listening pleasure. Infectiously upbeat and featuring one of finest top-lines to date, ‘Light Me Up’ makes for an incandescent appetiser. KWC

Jessy Lanza – It Means I Love You

Lanza is one of the more eccentric producers working at the moment (this video features her running around foliage in a golden cape), and an often po-faced music scene is all the better for it. That eccentricity doesn’t quite work musically here, but the poppier final third begs for repeat listens. NB

If you haven’t been keeping up with the #FlintWaterCrisis, which has seen residents of the poverty-stricken city of Flint, Michigan unknowingly drinking lead-poisoned tap water, then Jon Connor’s incendiary ‘Fresh Water for Flint’ is a good place to start. Delivered with the ferocity the subject deserves, Jon Connor has created a protest song that will hopefully draw even more attention to a dark episode of murderous mismanagement. KWC

More music from Blanco along the lines of the C-ORE compilation from last year, which is no bad thing if you enjoyed the flourishes of genuine darkness featured there. While Tricky and Massive Attack are back and collaborating, Blanco seems like one of those newer artists likely to be front of queue for pushing lyrical electronic music into a new generation. NB

Odd Nosdam is a name I haven’t heard for a while, but it’s good to hear he’s still doing what he does best – producing rapturous hip-hop instrumentals that surf out of your stereo on a wave of pure bliss. The beat on ‘Burrow’ isn’t his best, but the rest is just exquisite. KWC

It’s a sad truth that we don’t have the time to hear everything at The Monitors, and it means you slip up by forgetting to talk about records like Ipman’s Depatterning (Tectonic Recordings) on end-of-year round-ups. Tectonic label head and Mumdance/Sherwood collaborator Pinch won’t suffer the same fate, as the lead track from his most recent EP gets a slightly delayed two thumbs up here. NB

Primal Scream & Sky Ferreira – Where The Light Gets In

Sky Ferreira has to be one of the most overrated alternative artists of the last few years, although possibly pipped to the post by her boyfriend’s band. On the other hand Primal Scream have made at least two essential records, although the last one was about fifteen years ago. This a collaboration between two artists neither of whom are at the top of any game, and the problem with ‘Where The Light Gets In’ is that is sounds like that, and could really be by anyone. NB

Someone told me the new TEEN album sounds quite different to their previous output. Being unfamiliar with their previous output means I have no idea if that’s supposed to be a good thing or not, but ‘Please’ doesn’t seem like a bad change of direction regardless of wherever they were headed before. The pace is a little plodding at first but the undulating synth motif is gorgeous, providing the perfect habitat for a gossamer melody to unfurl. KWC 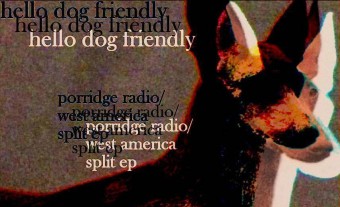 From the volatile lo-fi glory of Porridge Radio to the spell-binding piano pieces of Raphae, the first month of 2016 threw up some bloody brilliant EPs...
Read More