In the temporary absence of our regular singles reviewer Nicholas Burman, who is currently in the process of moving to Barcelona (the lucky bastard), this week’s Single-Minded is hosted by Monitors editor Kier Wiater Carnihan…

I was hoping for a gentle introduction to this column, but Brighton noiseniks Demob Happy aren’t about to provide it. Still, the anticipatory click-clacking of the intro to ‘Young and Dumb’ is enjoyable enough for me to dismiss their rudeness as simply youthful exuberance. However, it’s a little harder to forgive the inclusion of the word ‘Dumb’ in the title of a track that borrows so heavily from Nirvana. At least try to disguise it fellas! Oh wait, hang on, it’s ‘Young and Numb‘? OK, as you were.

Its fair to say grime can expect a fresh wave of attention following Kanye West’s shout-out to an onstage Skepta during last night’s back-to-basics BRITs performance (a canny move from Ol’ Yeezy when everyone was expecting another preening demonstration of rampant egoism). Yet considering the ceremony is theoretically supposed to be a celebration of leading British talent, it’s a crime that Wiley, twice the rapper West will ever be, hasn’t ever even been nominated for an award.

There’s a reason they call him the Godfather of Grime. I remember travelling to meet DJ Ironik in a flat in Highgate many years ago on one of my first interview assignments. Afterwards, having shown me her scrapbook of her son’s gig flyers, his mum asked, “Do you want to talk to Wiley too? He’s just sitting outside on the stairs.” It turned out he’d been there all afternoon to work on some tracks, and duly came in to sing the boy’s praises (and chat about, among other things, his admiration for David Beckham). There was nothing in it for him to spend time talking to some wet-behind-the-ears kid from a tiny website, but his enthusiasm about the careers of Ironik and the other young rappers and producers on the stairwell was palpable, as was the way they looked up to him. Unfortunately Ironik’s music was fucking awful, but he did go on to have a number one and I’ve no doubt Wiley’s support played as big a part in his success as that of many others.

Having said that, while Wiley deserves more recognition than he gets from the mainstream, that doesn’t give him a free pass. This collaboration with Bristolian duo GotSome initially carries the distinct whiff of some of Dizzee Rascal’s dodgier chart-humping numbers. Yet beyond the cheesy 4/4 beat, the track has its positives – the bass is sizzling, and lyrics about how Wiley’s “songs would still fry like a haddock in batter” even in the face of an impending apocalypse can’t help but raise a smirk. Ultimately it’s not much more than a bit of club-friendly fluff in comparison to last year’s Snakes & Ladders material, but Wiley’s flow is always enjoyable to listen to. Which, despite the endless plaudits, is more than you can say for Kanye’s.

I initially left Jacco off this week’s Single-Minded list as I expected Nick to hate it, but seeing as I’m assuming the controls this week it’s back on. ‘Find Youself’ continues right where Gardner’s 2013 album Cabinet of Curiosities left off, with a superb grasp of melody and fond implementation of ’60s psych tropes. It’s not going to change the world, but it put a smile on my face and contains a couple of awesome drum fills, which earns a tick in my book.

Compiling the tracks for each week’s Single-Minded involves a surprising amount of work; namely, listening to every single track submission to the site over the previous week. Or, considering listening to all of them would take a week in itself, judging whether a track is worth considering in full based on just a short snatch. Which, to be brutally honest, is more than most of them are worth.

In contrast, a few shimmering seconds of this track by Jason Nolan, about whom I know nothing beyond the minimal info in his email (he’s an ex-flautist from York apparently), were enough to warrant a proper listen. While the intro is pleasant without being spectacular, the strings that come in after fifty seconds elevate it into something altogether more grand. Nolan’s echoed vocals emulate Panda Bear very effectively, and while the song doesn’t go anywhere particularly interesting, it doesn’t go there in a very pretty fashion.

This track is taken from Kovács’ forthcoming Nincs EP, and while that’s due a separate review in next month’s EP Address column, ‘Tooth’ is too good not to give you a taste of here. Also, ‘nincs’ is apparently Hungarian for ‘there is no’, which can’t help but make me question whether the EP actually even exists. Let’s hope so, because if the refreshing tech-house mist of ‘Tooth’ is anything to go by then it could be tasty treat.

Landshapes are one of those bands I have the sense of having heard and liked, but can never quite remember why. ‘Stay’ indicates why that might be, as it appears to be great without leaving any lasting impression, like the musical equivalent of a temporary tattoo. Just as the pounding drums and windswept howling of the chorus get me all of a tizzy, an unnecessarily long coda takes the energy out of the track and everything turns to sand. Still, there’s enough going on here to tempt me into checking them out at Total Refreshment Centre tonight.

[Author’s note: I did end up going to see them and they were fucking terrific, as were dual-drumming math-rocking mentalists Barberos. Consider me a convert. Although I’d still cut that coda…]

Ah Madonna. A ‘scandal’ about rumours that this track wasn’t playlisted at Radio One because Madge had been deemed too old might have partially inspired her decision to perform at last night’s BRIT awards for the first time in twenty years – both as a rebuttal to ageist detractors and as the sort of publicity boost she’s rarely needed in the past. Unfortunately, the performance will only ever be remembered for her unfortunate pratfall shortly after the song started.

I’m not going to lie, I giggled like a billy goat when it happened (I needed a laugh having just switched over from watching Arsenal’s shambolic capitulation to Monaco in the Champion’s League). Yet while everyone enjoys seeing these usually slick, soulless superstar performances collapse under the weight of their own ludicrosity, this was no Jarvis vs. Jacko victory against the pop machine.

In fact, Twitter’s glee at seeing a 56-year-old woman being pulled over backwards down some steps started to feel more than a little unedifying after a while, and as I tweeted last night, it’s a bit depressing when the most entertaining moment of an event supposed to celebrate the pinnacle of entertainment is someone falling on their arse.

In Madonna’s defence, it was a testament to her professionalism that she got up and carried on, and if there’s been a more spectacular way of proving you don’t lip-sync, I’ve yet to see it. And, weirdly, it may give an otherwise unremarkable single a big boost. The ’90s house piano and Kylie-esque chorus of ‘Living For Love’ are OK at best, but the lyrics, all about carrying on in the face of adversity, proved so appropriate to last night’s performance that some people have even speculated that it was all an extremely cunning PR move.

While that’s obviously insane, the song did need something extra; whoever made the video for it (above) respected the artistry involved so much they stuck a load of stupid swooshing sound design all over it. Whether it’s a song worth risking breaking your neck over to enliven is debatable, but in this case it could yet prove the old adage that all publicity is good publicity.

The deep web. A shadowy techno-pit of nefarious acts, contraband smuggling and Aphex Twin albums. This single from Swedish pop-psychsters Magic Potion contains none of the dubious excitement you’d expect from a song referencing the internet’s hidden playground, which is a bit disappointing, but there’s a certain charm to this wonky Mac DeMarco tape-dubbing exercise. It might be worth saving your bitcoins to see if they can come up with something a little more intoxicating next time round though.

The intro to this cutesy electro-pop number is so lo-fi that I actually had to check that our shoddy internet connection wasn’t causing it to stream at the wrong bitrate. It actually adds quite an interesting sonic dissonance to the track, but while the concept it conjures of Dubstar being remixed by Maria Minerva is an interesting one, the end result fails to satisfy thanks to a forgettable tune. “You went too far,” criticises singer Lucy Taylor, but sadly here it feels like she doesn’t go far enough.

I mainly included this to annoy Nick, who has a pathological hatred of singles that progress much beyond three minutes. Drat. This six-and-a-half-minute monster is the result of a new collaboration between The Coral’s drummer Ian Skelly and Zutons multi-instrumentalist Paul Molloy, and whether you can make it to the end probably depends on how much time you spent listening to stoned Scouse psychedelic indie ten years ago (for the record, I made it to the end). Extra points for the twisted ’60s comics logo.

The Venus Lyx – Keep Your Hands Off My Familiar

I’ve been wondering when all the bands who formed after seeing Fat White Family for the first time would turn up. The Venus Lyx are slurpily drinking from that same putrid cup of pustulous rock and roll, and while the song is basically just a straight rip of ‘I Hate You’ by The Monks, that’s not the worst thing in the world. If they can produce something a little less familiar in future then we may have to ignore their plea to leave them alone…

Single-Minded: Will Blur 'Go Out' with a bang? 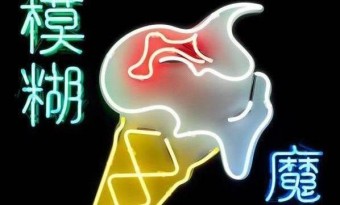 Blur are back, but is their new song actually any good? We put it through the Single-Minded mill, along with new music by Everything Everything, East India Youth, Snoh Aalegra and Cold Courage...
Read More