We’re currently in the middle of trying to work out our favourite albums of 2014 in preparation for the Season of the List, which is proving as arduous an experience as ever – at present I’ve got mine down to, um, ninety-eight. So it’s a relief to take a break in order to listen to some new stuff from E.M.M.A. (whose Blue Gardens LP sat securely in last year’s list) especially when it comes with a slick new video to boot.

While it would be inaccurate (and unimaginative) to say that ‘Light Years’ is light years ahead of her previous work, namely because it would be impossible to improve upon it on such a scale, it is my favourite track of hers to date. Retaining the deep, crystalline sound that makes her music so ear-catching, the way the ice cold tones cascade around the beat like a smashed up kaleidoscope makes for a truly immersive listen. When the spacey sweeps at the end kick in you’ll be in heaven.

The video, created by director Sophie Davies and D.O.P. Kate Molins, accentuates both the urban and cosmic elements of the track with style. Playing the empty banality of prime-time domesticity against the keyed-up freedom of stalking the city streets at night, it even features a serendipitous cameo courtesy of a local fox at 2:08. Who says you should never work with animals? As long as those animals have a talent for ad-libbing, it’s clearly fine. The video ends with a series of celestial images as the lead character engages in some amateur star-gazing in Greenwich Park (home, of course, to some slightly larger telescopes), and the twisting starbursts go perfectly with E.M.M.A.’s music.

‘Light Years’ comes from Keysound’s recent Certified Connections compilation which is well worth your time. If E.M.M.A’s own full length follow-up to Blue Gardens sees her on this form, expect to see it on all our lists this time next year… 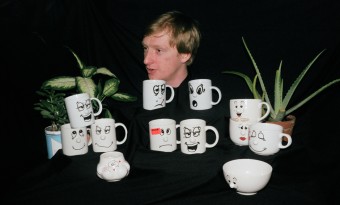 It has been scientifically proven that Alex Calder's new video will make you feel happier, so get a load of 'Lola' if you know what's good for you...
Read More