Freddie Cruger is an animator, editor and rapper best known as the co-founder of giant UK battle league Don’t Flop. A seasoned English battle vet, Cruger has rarely lost a matchup, travelling the country and the seas serial killing rappers all over the world.

Cruger and Eurgh built DF from a grass roots battle channel to an internationally successful superleague that rubs shoulders with KOTD, Grindtime and Smack. They progressed from filming battles in underpasses and boozers to putting on massive events around the country, filming fresh and innovative matchups everywhere from Ministry Of Sound to a back garden wrestling ring. Booking an increasingly impressive roster of local and international talent with each year that goes by, the bloody ascension of DF and Freddie Cruger continues to grow in momentum.

Freddie’s ubiquitous presence in English battle culture has overshadowed his diverse musical output, while his video work displays an accessibility and intelligence that has mass appeal far beyond the restrictions of battle rap and underground hip-hop. Cruger’s horror-drenched visual aesthetics and cannibalistic internal rhyme magic have set him apart from the flock, and he is now regarded as one of the most enigmatic and original underground rappers & visual artists in the country.

As well as a prolific output of gory boom bap, cheeky blue-eyed grime and comedy concept raps about video games, suitcases, sperm and KFC, Cruger has made adventurous explorations in editing and animation. As the long-time video editor of DF, Cruger has filmed and chopped up more rap battles than you’ve had hot meals, turning his hand to short animation and music videos and developing a complex textural montage style reminiscent of early Harmony Korine. Along with painstakingly assembled photo montage, Cruger incorporates snatches of transgressive cinema and television into his videos, schizophrenic samples of every late night horror flick, exploitation film and B movie from Pink Flamingos and Bad Taste to Enter The Void. Cruger’s barrage of rancid visual samples combine like a sticky bag of pick’n’mix from a snuff cinema.

I caught up with your friendly neighbourhood serial killer and KFC connoisseur to talk animation, Don’t Flop and slasher flicks….

Cruger, you’re known as a rapper and also as a video editor & animator. Which role would you choose to keep at gunpoint: making music or editing/animation?

Ah man I don’t like having to choose! Currently it would probably be editing/animation because it’s a skill set I can use on lots of things and making music is more of a hobby. I’d love to be a full-time rapper but it’s not a realistic goal for me. I love making music though, it’s more of a personal art form than editing and I’d hate to have to give it up!

Have you ever thought about making longer animations and short films, or something feature-length like a documentary?

Yeah definitely, it’s just about having the right idea to dedicate all your time and effort towards it and there’s always so much to do with Don’t Flop. I’m usually concentrating on that, but hopefully you’ll see something along those lines from me at some point in the future, I’m definitely eager to make another animation.

Which filmmakers and artists influence you?

My favourite director is Gaspar Noe who made Enter The Void and Irreversible. I also love David Lynch, Harmony Korine, Larry Clark and Darren Aronofsky. Animators/Artists I love are Jan Švankmajer and Run Wrake, I’ve used both their stuff in my videos. Oh and Tim & Eric.

There are so many references to old school Horror and slasher imagery in your lyrics and videos. What are your favourite horror movies?

Braindead by Peter Jackson is definitely a favourite, other than that I’m not really sure, I love films but I wouldn’t say horror is my favourite genre. People think I must love Nightmare On Elm Street because I’m called Cruger but I don’t think I’ve ever watched one the whole way through. Cruger just came from my real name being Freddie, and even though I made a horrorcore album I’m not too clued up on horror movies. Horror provides great imagery so I like using random clips for music videos.

You have battled in some classics over the years, do you have any battles that you are particularly proud of?

The first one I was really proud of was when I went to America to battle Illusion Z in Grind Time, that was a big deal at the time and the first one that really got me noticed. My battles before that were in front of smaller crowds so no one knew if I could handle it, and also we were the first English rappers to travel out and battle in Grind Time so no one knew what to expect. My performance went down really well though and it felt great to win over an American crowd, and also be part of Battle of the Bay 5, which was a legendary event where a lot of classics came from.

Next I’d say my battle with Charron at KOTD World Domination 2. This one just felt really fun and although I was nervous before I felt really relaxed once the battle started, people knew me by that point so I didn’t feel I had to prove myself and just did my thing, it was humbling seeing rappers I respect like Soul Khan react to my shit.

Finally, I’d have to say Conceited because he was my biggest opponent, I felt I had to step it up a level and succeeded. It was also the first Don’t Flop battle I’d done in a while because my last few had been for KOTD, so it felt amazing to perform in my home town and the love from the crowd was overwhelming.

Your flow has become more grimy on ‘V.I.G’ and tracks with Pedro. Are you a big Grime fan and how important do you think Grime has been as an influence on current UK Hip-Hop?

Yeah I’m a big grime fan and I actually started out as a garage MC when I was 13-14. I used to listen to Roll Deep and Nasty Crew on Déjà Vu every week and that’s what made me want to become an MC. I got into hip-hop later and that stuck because I felt it suited me more, but I got the urge to make more grimy tracks again recently.

The thing I like about grime as opposed to UK hip-hop is that it’s our own scene that’s come straight from here whereas hip-hop started in America. Now it’s a world-wide culture which is great, but I think grime is an important influence on UK hip-hop because it gives us our own identity and reflects where we come from. Now we got rappers from America like Danny Brown who make grime-influenced music in the same way UK rappers took influence from America, which I love. Hip-hop is always evolving and branching out into all sorts of sub-genres, I look forward to seeing where it goes in the future.

Will there ever be a return of the Unusual Suspects?

Boy I don’t know, me and Measle haven’t made a track in a good few years now And we’ve both been concentrating on different things, him and Winnie the Droog AKA Broken Antenna have been doing well as cameramen and directors, they recently made a couple of music videos for Lee Scott. Check them out on youtube.com/blahrecords. But yeah I think it would be cool to make some tracks again I’m down, We just got to know the right way to approach it because it was so long ago, I feel like we’ve both changed a lot since then.

Did the Oshea VS Tony D Remix take you a long time to edit and are you planning on remixing any more battles?

Yeah it did take a long time to edit which is why I haven’t done any others yet, but it’s also so fun. I did it bit by bit so I wouldn’t plan too far ahead, which made it fun to come up with something every few bars. I definitely want to do another one soon but its hard to choose the right one because Tony D vs Oshea was such a perfect mix of jokes, bars and references. Going to be hard to top that one, if anyone has any suggestions of what they’d like to see me remix, tweet me: @cruger7.

What’s next for Cruger, do you have any upcoming releases or anything with Don’t Flop?

I don’t know, I’ve kind of taken a break from battling and rapping in general but I’d love to make some new stuff soon. Need to get back in the groove of it before I think about any releases. I’ll probably do another battle later this year as well so I can at least say I’ve done one for 2014.

Big up to all my friends, family and everyone supporting. We just had a classic Don’t Flop event #SUNBURN which is now available for PPV at dontflop.com/ppv, if you want to help support, cop that, and watch some really good battles before they come out on Youtube. DFAFD. Peace. 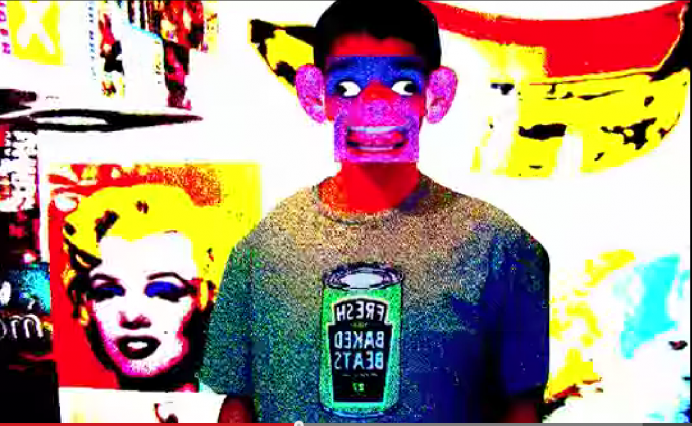 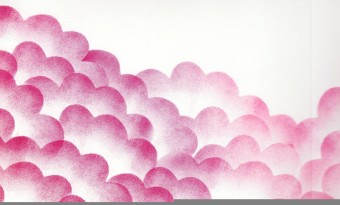 A few people have intimated that 2014 has been a pretty poor year for albums thus far. Here are 40 reasons why they're wrong.
Read More