Either enduringly hard-to-categorise German band The Notwist are engaging in some topical schadenfreude at the expense of their friends in the UK, or their new animated video, directed by Japanese film-maker Yu Sato, is simply a watery coincidence. It tells the story of a young boy forced out of his house by a dreadful flood, and will probably make painful viewing for certain residents of Berkshire and Surrey. Luckily the recent flooding in those areas means it’s very unlikely they still have electricity, so will be spared any unpleasant feelings it might otherwise have aroused.

For the rest of us it’s a thoroughly enjoyable watch. The fifties-style animation is along the lines of stuff like the original Mr. Peabody & Sherman cartoons, while the music manages to nail the Belle & Sebastian method of making a miserable song sound surprisingly upbeat. So, considering how prescient it’s theme is, what can ‘Kong’ tell us about how the weather is going to develop? Well apparently the flood water will turn into a liquid monster, which will then be defeated by a giant, thirsty gorilla to the sound of burbling electronics and acoustic guitars. So that’s alright then. 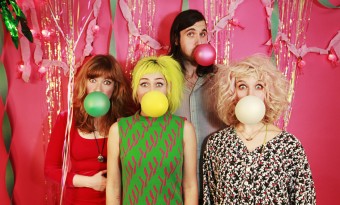