Canada’s King Deluxe records have sent us loads of brilliant electronic music over the last year or two, often accompanied by delectable animations, but the new video from emerging London electro-soul artist Segilola is something of a departure for the label. Produced by Yorkshire producer Bambooman, always liable to add a diverting bit of magic to whatever he touches, this video for ‘Somewhere Along the Line’ comes from Segilola’s début EP, which is out this week and sounds to us like the start of something very special indeed.

Beginning with what appears to be a sample of a rag and bone man trotting through the streets (well, probably his horse rather than him), Segilola’s vocals have a smooth clarity comparable to one of last year’s breakthrough artists, Laura Mvula. The music also adopts a few of Mvula’s orchestral flourishes, with brass tones adding some nice warmth, but with enough minimal electronic touches to turn into something fully fresh. That palate expands even further across the rest of the EP, from the deliciously drifting ‘Substance Called Love’ to the synth lullaby of ‘Hope’. It’s easily our EP of the year so far.

Meanwhile, the Silent Tapes-directed video demonstrates a similar mix of depth and simplicity to accompany the nostalgia-drenched lyrics, editing together some great shots of Segilola’s fluid movement, with her own forward and backwards steps then replicated by her hand retracing steps across her arm. It ends with her singing against a backdrop of old photos on the walls, which then suddenly drops away. As a metaphor for Segilola shrugging off her past to embrace a blindingly bright future, it seems kind of appropriate. 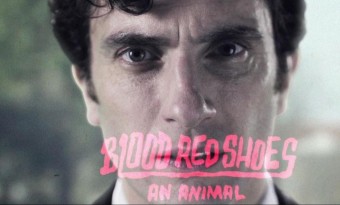