The method of posting a full album stream before the official release date has become the norm in a bewilderingly short space of time, to the point where an album with even the barest sliver of hype demands to be digitally touted on any blog going. In this atmosphere, the challenge for bands is how to do it in a way that makes the whole process a bit more interesting. Not that listening to an album in full, for free, before it’s released, can ever be truly boring (unless it’s by Palma Violets), but innovation in any setting will usually at least gain a couple of column inches.

Darkstar got a pat on the back from many Death-of-the-Album doom-mongers by disabling the ‘skip track’ function on the pre-release player for their new album “News From Nowhere”. However, while you can understand them encouraging people to immerse themselves properly in an album that rewards close listening, it’d be interesting to know how many people actually went the distance; often when people post their pre-release streams on Soundcloud you can literally watch the listeners drop off as an album progresses.

Darkstar’s former labelmates PVT (formerly Pivot), now releasing on the myserious Felte label along with the excellent ERAAS, also attempted to subvert the pre-release party recently by uploading one track from new album “Homosapien” every day for a fortnight, each on a different music blog (ours must have been lost in the post). An interesting way of spreading anticipation, albeit one that by its nature makes it difficult to grasp how the album feels as a whole.

Or so you’d think, except this isn’t one of those records where the tracks smoothly segue into each other; instead it feels like they’ve made a compilation album featuring only their own tracks. The stated influence of Gilles Deleuze’s rhizomatic philosophy and the ball-of-string documentaries of Adam Curtis make sense in this way – all the tracks feel like separate stories that can’t quite escape the larger narrative.

That narrative begins and ends in fairly minimal style. Opener ‘Shiver’ is largely devoid of Laurence Pike’s drumming, relying instead on a gently mutated synth ostinato and his brother Richard’s treated vocals, while the closing ‘Ziggurat’ consists almost entirely of burbling electronics and some simple cello phrases, and is probably the loveliest thing here. Both tracks are good examples of how PVT, who started life as an improvisational group, have always managed to make their experimental side pretty accessible.

In fact, they seem determined to be more accessible than ever. ‘Evolution’ is their most successful attempt at a conventional ‘pop’ song yet, a catchy retro-futurist number that utilises some ace electronic percussion and builds to a great whorling crecendo. ‘Electric’, meanwhile, is a slightly camp Kratfwerk-meets-Bauhaus number which employs a rumbling John Carpenter-esque bassline and some typically excellent drumming, with Richard Pike totally deadpan as he repeatedly insists, “I am electric”.

In contrast to the band’s breakthrough album “O Soundtrack My Heart”, which was almost entirely instrumental, the singing Pike’s voice is all over this record. While it definitely adds another dimension to their music, he seems to adopt different affectations here and there which aren’t always particularly convincing. On ‘Cold Romance’ his slightly overwrought singing is overshadowed by the brilliantly pulsating synth drones and his brother’s dynamic ability with a ride cymbal, while ‘Love and Defeat’ sounds like it’s aiming for Depeche Mode but gets a little confused half-way there and ends up in a lay-by.

Title track ‘Homosapien’ tries something a bit different and is all the better for it, utilising crunchy guitars and a vocal cut-up technique similar to Django Django’s ‘Default’, and guitars are also responsible for the album’s best riff on ‘Casual Success’, suggesting that they might be an underlooked part of the band’s arsenal. The latter is certainly catchier than lead single ‘Nightfall’, although this may be because the only reason it was selected for radio-play is because it’s three-and-a-half minutes long.

That kind of sums up how, despite “Homosapien” being a great electro-pop album, PVT still feel slightly awkward in this guise. The band have stated that they wanted it to be “more open than before, not so anxious and twisted and dense”, and they’ve certainly succeeded in that. However, sometimes it’s the twisted, anxious moments that make their music so interesting. PVT have almost got the balance just right; a little fine tuning should take them to the next level. 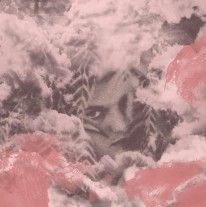 Dog Bite, aka Washed Out keyboardist Phil Jones (not to be confused with the injury-prone Manchester United defender), first came to our attention towards the end of last year following the release of his fuzzed up single 'Prettiest Pills', which we described as "pleasurably hazy in that way that no one can quite bring themselves to describe as ‘Chillwave’ anymore". Well, get ready to avoid using the word Chillwave all over again because Jones' debut album takes that ball and gently lobs it into the ocean, in slow motion, while the sun slowly dips over the horizon. The album is bathed in sunshine, to the point where you could probably prescribe it as a treatment for Seasonal Effective Disorder. Listening to opening track 'Forever, Until' is like driving beside the sea with the windows down; which kind of makes it sound like the soundtrack to a terrible Nissan advert but trust us, it's a good feeling. 'Supersoaker' is similarly sun-kissed, and not just because the title brings back memories of charging around a local playground with water balloons and plastic bottles (there was always one little bastard who lorded it over everyone with a supersoaker). 'You're Not That Great' is perhaps the album's key track though, starting with sinister cymbals and a menacing Bauhaus bassline that is quickly neutralised by rippling guitars, with a satisfyingly slackerish Beck-style breakdown towards the end. Maybe it's just down to their ambush album release this week, but there's a touch of My Bloody Valentine to tracks like 'No Sharing' too, albeit if they kept their amps at a reasonable level. Another trick is slowing things down just enough to make them feel slightly dreamlike. Hence, 'The Woods & The Fire' sounds like a Broken Social Scene 7" being played at 33.3 RPM (while 'My Mary' is like a Deerhunter 7" played at the same speed). The chopped and screwed-style approach works best on 'Paper Lungs' which feels like gradually, endlessly falling into a swimming pool, like the 'Gutterballs' scene from The Big Lebowski only with Omid Djalili on that terrible ITV diving program, off his bonce on disassociatives. Sometimes this approach has more of a numbing effect though, and it has to be said that there are a few tracks which slip into being a little dull and ineffectual; 'Stay Sedated' in particular could do with taking less of its own advice. Still, at its best the record has a viscous quality that virtually drips out of your stereo, like the last bit of chocolate sauce off your Mum's wooden spoon (only a lot less disturbing than that sounds). This is one animal bite you won't want to avoid.
Read More