Novelist’s third purely instrumental release titled Be Blessed made it out into the world in April. A timely reminder from the Lewisham MC and producer of why he got so much hype around the time of his first release in 2014. Five stripped back tracks of classic grime that don’t over complicate things, just keep heads nodding. A pleasant surprise from a talent that has been out of the limelight developing his own Ruff Sound productions. As grime goes pop, Novelist keep things classic.

Here is another mix from the consistently great The Astral Plane blog by Canadian producer x/o. It’s at times quite a jarring mix of disparate sounds but remains compelling and engaging throughout. There isn’t much out there in terms of releases (or information) by x/o; a track contributed to a release on Quantum Natives and a remix for the excellent PTP label is endorsement enough for me though. If you’re familiar with those labels you can expect tracks of a similar nature here. She mixes pop vocals, dramatic classical sweeps and off kilter beats that jostle for position across the 40 minutes of tracks by the likes of Toxe and Yearning Kru. I’m looking forward to more from x/o.

Let’s have some Techno! Perc has being doing it better than most for 15 years plus, making and mixing techno music that genuinely pushes the genre in new directions. Throughout this mix you can hear his trademark sound, which pushed him beyond the genre’s limits on his 2011 debut album Wicker & Steel and for much longer on his label Perc Trax. There are plenty of grey industrial sounds that pound through the mix but those are skilfully placed alongside more spacious tracks. A master of the dark arts at work.

Finally, since lots of people are getting to see Aphex Twin sets this week (and I’m not
so that’s the point in this thing) here is an interesting mix of some of the less well known tracks by the enigmatic producer. Let’s face it, that back catalogue is pretty daunting even if it is fun to dig through. This mix by journalist John Twells for Fact Magazine is perfect for those of us who don’t have the guts to do that kind of hard work for ourselves. Richard D. James is pretty amazing, eh? 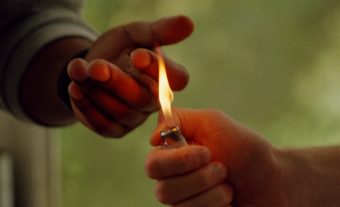 Unlock the sound of Peoples Potential Unlimited, PAN, Raime and Kablam with our guide to club-friendly sounds suitable for your living room...
Read More