Our regular column compiling club-friendly sounds that still make sense in your living room. This month Jamie Miller gets ambient with PAN and unlocks the sound of Peoples Potential Unlimited…

We’ll slide you in smoothly with this mix packed full of music released (or soon to be released) on Peoples Potential Unlimited, as well as some obscure lo-fi funk and boogie as part of a feature for RA’s label of the month series.

If you don’t know PPU, it’s a label that unearths a lot of largely unheard weirdo but cool-as-hell synth funk, house, boogie and soul form the past and present. The mix is packed full of these rough gems that could only have been brought to the surface by a digger like PPU’s Andrew Morgan. This is a label that very much has a sound of its own and this mix sums it up nicely.

This mix starts off with a track by Kablam’s fellow Swedish compatriots The Knife, one of their most singular moments concerning dicks. And then doesn’t get any more predictable. As part of the Janus crew that seems to take joy in taking clashing musical ideas and forcing them together in a compelling way, Kablam has found an obvious home and this mix encapsulates this idea excellently.

There are plenty of pop moments that are suitably disturbed to leave them mangled and pretty irresistible; trust me, you’ll be rewinding Skyshaker’s reggaeton remix of Evanescence’s ‘BMTL’, a track which is all the better for being preceded by a Michael Nyman piece. There are tracks from members of the Staycore, Janus and NON records crews, meaning this mix pretty much has all our new favourites.

Raime come through here with a mix of the off-kilter bass music that has informed their sound over most of their discography, although there isn’t much hint of the live post-hardcore palette that surprised many on 2016’s Tooth. The music in this mix could definitely be played in a club environment but is often at the more atmospheric and ambient end of that, as well as containing plenty of up-to-the-minute grime from the likes of Charlux and Last Japan. Lil Jabba’s move away from his previous footwork influences towards more UK sounds is a particular highlight at the beginning of this mix, which is an excellent showcase for some of the most forward-thinking electronic producers around right now.

This new compilation of ‘ambient’ music from PAN is already a contender for record of the year. Most of the contributors on here will be recognisable to fans of the label or its related artists, many of whom are more closely associated with harsher or more club-sounding productions of electronic experimentation.

For those that don’t know the artists involved, this is simply a collection of beautiful music. For those that do, it is fascinating to hear motifs from previous releases being applied in a more ambient direction. Contributions from SKY H1, AYYA and Helm are personal highlights here but there isn’t really a misstep featured. Perhaps it’s the vocal samples or the melancholic yet life-affirming dynamics of the record, but this is an incredibly human-sounding release and very much needed. 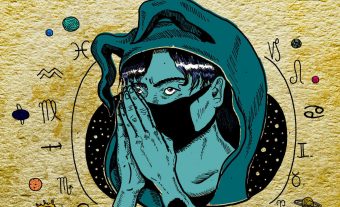 Sunnier weather may now be with us but let's look back to the EPs that kept us warm in winter, including Onry Ozzborn and The Internet's Steve Lacy...
Read More