With their fourth album Raspberry Dawn, Okkultokrati made one of our favourite records of last year. The follow up to 2014’s excellent Night Jerks, Raspberry Dawn saw the band tour Europe extensively and go on to win Norway’s prestigious Spellemann award for best metal album.

With the band now on the verge of another large European tour we chatted to drummer Lars about about the making of the album, what they’ve been up to since its release and what’s coming next.

Could you tell us a bit about how you all met and came to form Okkultokrati?

We all met after moving to Oslo from more rural parts of eastern Norway. We met through day jobs at the factory and common musical interests. Erik Svarte (Guitar), Henning (vocals) and me started the band and recorded our first eleven tracks late 2008 in an attempt to create some nasty and powerful rock. Four of those tracks ended up on the Knarkskog 7″. The rest on a demo tape we made for our first show.

Raspberry Dawn is a dark kaleidoscope of different styles. There’s so much going on musically and stylistically during each of it’s eight songs, how did you go about writing the album?

We started working on the album after about a year long hiatus. We were occupied with our other bands and were rather estranged from Okkultokrati’s future. We continued to hang out but didn’t give the band much thought until the summer of 2015 when we reconnected and got all these ideas for the next album.

It was a great time and we were suddenly very ambitious in terms of what we wanted with the new tracks. We asked Feffe Severin to join in on keys and wrote the tracks that ended up on Raspberry Dawn.

It was at the same time that Southern Lord happened to get in touch and we’d been eager to change labels for a while. I feel the songs on this album are a natural continuation of what we did on Snakereigns and Night Jerks. All the tracks are basic rock songs, like we’ve always written. You got the Okkulto beat, the primitive guitar and bass foundation and the gnarly, nasty vocals.

They were all taken to greater heights in the studio by Feffe’s magic and the touch and mix of producer Emil Nikolaisen (of Serena-Maneesh and Todd Rundgren fame) who understands exactly what every single snare hit should sound like and how the vocals should be layered. Coming back to the studio after he’d been crafting all through the night and hear the song you recorded the previous day was an amazing experience.

When listening to Raspberry Dawn I’m left with an uplifted and hopeful feeling, noticeably more so than the past harder edged Okkultokrati releases, with the aforementioned synths from Feffe Severin featuring far more prominently on the new songs. What has changed within the band since Night Jerks to create this new sound?

I feel we’ve always had this catchy vibe in our music, but I guess aggression and raw power has often covered it up when we hit the studio. This time, we wanted to really enhance those parts, and Feffe’s synths sound like anything from the electronic post-kraut of Ashra, to the hype beats of techno and house on some tracks.

Both he and Erik Svarte have an ear for pop and know what to add to give the songs that extra vibe. Additionally, the vocals play a big part in highlighting the melodies. There are more classic choruses in these songs than previous ones, and more melody to some of the hooks Henning sings.

The lyrics within Raspberry Dawn seem to deal with the themes of submission and emotional domination, a sense of being owned by an overpowering force, often taking the form of human urges. Was there a specific idea to explore these themes, tying the whole album together, or was it co-incidental?

That’s more incidental than on Snakereigns, which was more consciously thematic, but your observations are nonetheless correct. And I love that. Rock and metal lyricists are too often the macho dominators. All bow down and worship us, that kind of crap. Which is cool if you’re Maiden or Kiss, but it doesn’t really work that well in a pub, where no one cares much for some crappy support act. Okkultokrati is grand and majestic in sound, but I like that there can be some hints of submissiveness in the lyrics at the same time.

How has the response been to the new album?

People seem to enjoy it. Many are discovering the band for the first time, and I think it’s a great introductory album. We recently received an award for it (Best Metal album of the year at the Spellemann awards) during the Norwegian equivalent to the Brit Awards. We don’t play too much in Norway so it was nice to see we’re appreciated at home as well as abroad. 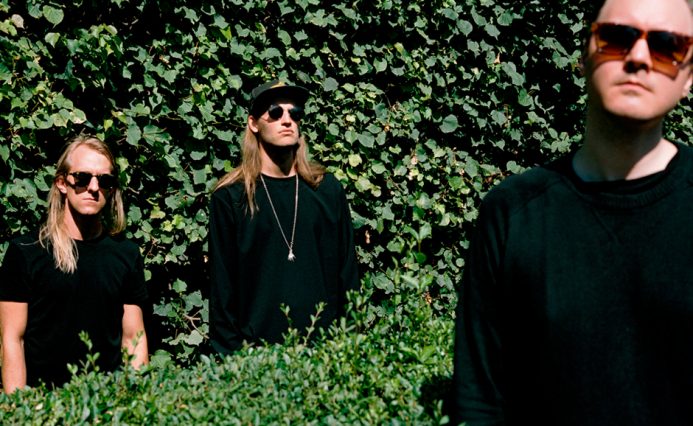 Last year you toured with Trap Them and Venom Prison, how did that go?

Great! They’re a killer bunch to spend time with. It was our first tour in over two years, and the first of three we did between mid-October and Christmas. You always find your own (or a new) identity when on tour. You find out what kind of band you want to be onstage, off stage and get the chance to really fit the songs into the perfect set for the night.

Touring is by far one of the most inspiring things we do as a band. We headed to Spain for ten dates, then straight onto twelve more in central Europe in December and it was by far the best time I’ve had with the band.

How did the live audiences at those gigs take to your new material?

When touring with Trap Them, some fractions of their crowd didn’t seem to get it. A bunch of corny looking skinny Norwegians in fringe suede leather jackets and sunglasses standing onstage sounding like Motorhead from space? Nah, not for them. No mosh no care.

But we had a lot of our own fans show up to that tour, and most people have heard enough Stooges songs to understand what we’re on about. The following tours were great, and it pleased me to see so many loyal fans as well as new ones showing up to catch our headlining nights.

Did you have a favourite show of the tour (the London show at The Boston was absolutely immense)?

Thanks a lot! London is always great, and special to us. We’re big fans of British music, and coming over and doing shows there is always exciting. Our previous show there was at The Scala with Converge, and I learned that the cover photo for The Stooges’ Raw Power was taken there, at the old King’s Cross Cinema. We’re suckers for stuff like that.

It feels important to us as a band to perform well in the major cities. London, Berlin and Paris are always some of our favourite shows, as they were on all of our visits this time around.

Then again, one of my fondest memories from November was playing the small city of Pontevedra in Galicia, in a killer venue called Liceo Mutante. More people caught us there than in Madrid, and the place looked like something out of a western picture. Venues with an original vibe really kill me, and it’s a pleasant brake from sterile, impersonal professional venues.

In the past you have worked with Fysisk Format when releasing your records, how did you get involved with them?

We hung out at the record store they run and dropped the master of our first LP at their office. It’s pretty good, so they asked to release it right away. Kristian (Kallevik) who runs the label and the store has done a lot for us over the years.

Southern Lord (home to Sunn O))) and Earth) have released Raspberry Dawn and have re-issued Snakereigns and Night Jerks in the U.S, how did working with them come about?

They got in touch when we were working on Raspberry Dawn, by chance. The label was really important to us in the mid 00’s, with magnificent albums from Sunn O))), Boris, Om, Orcustus, Gore, Coffins and Velvet Cacoon, we’re glad to see our albums as a part of their discography. We needed a more internationally focused label, so we were delighted when they got in touch.

For a band whose sound is incredibly un-categorisable you often get lumbered with broad musical labels like ‘Punk’ and ‘Black metal’, how do you feel about these labels being used to describe your sound?

We love punk and black metal. It’s not our job to label our music, nor to judge others’ labelling of it. Some people seem to be confused when what they read does not match up to what they hear, but we can’t do anything about that. We just make the music.

What are Okkultokrati’s plans for the future, anything in the pipeline?

We’re going back to Europe in March and April, including some UK dates. We’re also working on a new album.

Raspberry Dawn is out now on Southern Lord records, I highly recommend you go and buy it, seriously just do it. Then make sure you catch the band on one of the dates below, they are an absolute monster live.

Let it rip, let it ride!

Imelda May: 'Life changes, I just went with it' 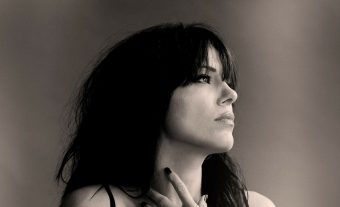 We talk to Dublin's favourite daughter Imelda May about changing priorities, her soul-baring new album, and working with T-Bone Burnett...
Read More