When synthesizers were first invented and electronic music was born shortly after, if you wanted to own a Moog you needed a big wallet and a bigger room. Nowadays, anyone with a laptop can call himself a musician. Anyone. Including Ernest Gonzales, a record label owner, middle school technology teacher, husband, father of two and musician. If you ever want to feel bad about yourself for spending an entire weekend binge watching Game of Thrones, Gonzales is the man to make you feel that way.

More importantly however, he is also the man that when you close your eyes can transport you with his dreamlike sound. You’ll find yourself opening your eyes when the album finishes only to realise you’ve been seamlessly moving your body to the music for the past 52 minutes while sitting alone in your room with all the lights on. Or maybe that’s just me.

Like I said earlier, in today’s world anyone call himself a musician. A lot of what distinguishes one from another is their image online (genre and actual work produced aside of course). Ernest Gonzales, however, despite my best investigative efforts seems to be the exception. Aside from the long and impressive list of roles that he embodies, I couldn’t find much online in the way of what this musician is really about.

What Ernest Gonzales lacks in his online presence though, he makes up for with his music. What drew me to the album first was the beauty of the album cover. What I got in the end was nothing short of beautiful music either. The intricate yet seamless watercolour album design foreshadows what kind of music you are going to hear and Gonzales doesn’t disappoint.

Considering this album is labelled with the genre downtempo, it could have easily been an album of background music. Instead it is an album that demands your attention; the song ‘Ivory’, featuring Sara Zagarino, especially. The beginning vocal build-up is not only hypnotic, but the perfect complement to the live instruments Gonzales skillfully weaves into his work.

Aside from ‘Ivory’ and ‘Dreaming in Color’, instrumental tracks take the focus of Gonzales’ album. This doesn’t leave you yearning for vocals, but instead allows you to create your own story for each song. From ‘Sage’ to ‘Charcoal’ and all the colours in between, the ethereal sounds and live instruments that helped to create them carry you to a place where words can’t. A place where you can truly lose yourself in the music that makes each song its own. Despite this variety, the songs fit together like pieces of a multi-coloured puzzle to create one cohesive work of true art. 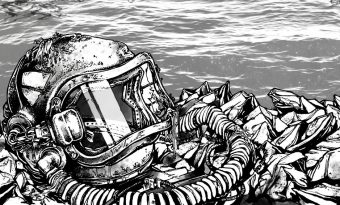 'Natures Champion' shows that Cattle aren't a band that will blindly follow the herd. It's an album to listen to well after the cows have come home...
Read More