I once watched a man walk a tightrope on a residential street near Kings Cross. It was a weekday morning, which seemed like an odd time to set up a slackline between two trees next to some parked cars, but there he was, limbering up to take on the challenge he’d set himself. Not a particularly frightening challenge it has to be said; it was only about four feet off the ground. Which is just as well really, as having walked the line once without faltering, he swiftly fell arse over tit on the way back.

Despite the short fall it still looked painful, which is why I’ve never been tempted to walk a tightrope. There are some tightropes however, metaphorical tightropes*, that we have no choice but to walk across. These are what Dominic Wolf addresses in his latest single ‘Tightrope’, which we are extremely happy to be streaming for you today:

The track begins softly, easing its way into a melodious vocal/beat combination worthy of Oxfordshire’s latest success story Glass Animals. It’s not long though before it starts swelling; gradually at first, like gathering clouds, before the arrangement is swamped with layers of guitar, lashings of delay effects and even a bloody melodica. It’s an impressive denouement that totally changes the tone of the track, with Wolf’s anguished cry “you said it would be all right!” swept up into the storm…

“In today’s world we get flooded in information”, Dominic Wolf explains, “whether it be constant contact from friends and relatives, advertisements or news. We feel informed, in touch in our own world yet completely disconnected and lonely when our reality clashes with what is actually happening. That feeling of losing control is what I explore in Tightrope.”

‘Tightrope’ is available via Bandcamp and is taken from Dominic Wolf’s forthcoming EP, due out in 2017.

* Unless you grew up in a circus family, in which case they may have been real.

Premiere: Lend Me Your Underbelly 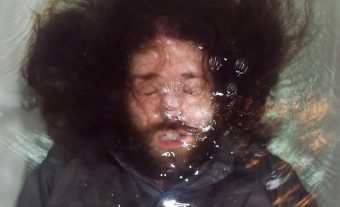 Lend us your ears and we'll play you an exclusive piece from Dutch artist Lend Me Your Underbelly's remarkable new collection of improvisations...
Read More