The success of Vessels’ recent deviation into the realms of electronica becomes evident before a note is even played tonight, as I jostle for position on the already packed floors of Electric Brixton. Last year’s Dilate saw the Leeds quintet take a brave departure from the post-rock textures established on their debut and sophomore records, replacing the more traditional guitar dialogues with a new percussive synth-driven sound.

In this live setting it is the percussive strata of Dilate that take center stage, literally. Two drum kits adorn the front of the stage enforced by an arced trifecta of synths and a telling solitary guitar set just behind. This stage architecture proves to be a good omen, as the interplay between both percussionists becomes a captivating foundation for both synth and guitar to build their beautiful melodies from.

It is the presence of a second rhythmist that also provides the night’s most endearing moment as it is announced that drummer Tim Mitchell will be absent, his wife having given birth only hours earlier. This news draws a huge heart-warming cheer from the crowd and sets a friendly tone for the ensuing set. Impressively, his last-minute replacement proceeds to absolutely nail the intricate drum-parts that decorate the running order with only a few dragged hi-hats. Charmingly these miss-hits are frequently accompanied by a knowing exchange of smiles between him and permanent band percussionist Lee J Malcom.

Over the next 40 minutes Vessels progress through some of the highlights from Dilate, the hat-snare agitations of ‘Echo In’ provoking waves of dance across the crowd, while ‘Elliptic’’s arpeggiated synth-pulse with accompanying ornamental guitar-flutters evolves into the standout moment of a hugely enjoyable set. The crowd’s euphoric reaction to Vessels’ last song proves that when a band has the courage to take risks, as long as they are executed well, their audience will loyally follow them into new audio-frontiers.

Tonight’s headliners Battles have also turned away from their established sound on third long-player La Di Da Di. When some of your biggest successes are built on a vocal-driven template, eschewing vocals for an instrumental record is still a hazardous decision. Although the departure was not as profound as the genre-switch employed by Vessels, it was still a gamble.

Any reservations are soon allayed tonight though, as the resulting crack in the audio-scape has been packed with drums, huge girthy drums. Maintaining the night’s rhythm-centric Feng Shui, drummer John Stanier occupies centre stage and rightly so, nullifying any need for a lead singer within seconds of ‘Dot Com’’s first pummelling staccato blows.

In what is my preferred approach for delivering new material, Battles front-load their set with cuts from La Di Da Di. Opener ‘Dot Com’, with its glitch-clack intro, serves as a metaphor for the greater set. Sample, guitar, synth and bass tee up the song and then Stanier smashes the fuck out of it with his huge off-beat rhythms.

Each time this blueprint is followed, a surge of awkward indie-dance floods across the audience punctuated by cheers from all, more than making up for Williams’ contrived synth-stand angle and Stanier’s cringe-inducing lofty cymbal placement. Again on lead-single ‘FF Bada’, Ian Williams’ delay-flecked guitars are dutifully followed by David Konopka’s effects and bass. Then, right on cue, Stanier kicks in the door with his hat-snare charge and the blueprint hits home again.

Although the newer material is well received it’s clear that the audience are clamouring for the old, and about halfway through the set Battles deliver. 2011’s Gloss Drop rears its summer-tinged head early on, with ‘Ice Cream’’s stereo-scatter coaxing yelps of glee from behind the floppiest of fringes. Tyondai Braxton’s detuned vocal-sample draws the biggest roar of the night and signifies the arrival of hit single ‘Atlas’.

The relatively short set is brought to a close with a two-course encore consisting of the decade old ‘B + T’ and then rounded off succinctly with La Di Da Di opener ‘The Yabba’. Battles are a more than worthy live act for such an iconic venue and Stanier’s huge drums provide them with an organic strength sometimes lacking in the rest of Warp’s stable. 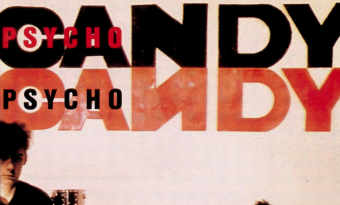 The Jesus and Mary Chain reunion attracts more than just middle-aged men in faded Psychocandy t-shirts, but all are left satisfied...
Read More