I feel quite challenged by this review. I feel like the album touches upon reference points that are outside of my muso comfort zone. I’m worried I’m going to refer to a thing that I should know more about, or miss something obvious. But my god, I’ve been drowning in this record, and I’m going to talk about it. It might not make sense, but it will be words about music, I promise.

The press vibe is that you should be excited. This is Jim O’Rourke’s first ‘pop’ record in ten years (which I think is defined as his first with proper vocals in… or something), though I think sonically it has more in common with the instrumental The Visitor than Insignificance, which was the last in that lineage.

It’s not Eureka though. It’s nowhere near as good as the sublime Eureka. But that’s okay, few things are.

I’m going to talk about Eureka a bit more though. Because I want to. Sorry.

I think it’s a masterpiece. I think it’s one of the most perfectly arranged and produced albums I can think of. It opens with Ivor Cutler, and ends in hopeful loneliness. It’s home to ‘Through The Night Softly’ which is one of the loveliest little music journeys you can ever take.

I think that Jim O’Rourke might be a producer and songwriter on a par with Brian Wilson at his best. And if I was going to make my case, I’d simply leave you in a dark room, while you were hungover, and play Eureka really, really loud.

Jim O’Rourke can take varied instruments and weave them around each other with an ease and delicacy that can tear your heart down. He makes the sort of music that years later you’ll hear new things in, and goggle. He will grab a melody, and pass it around a small orchestra, and carry you along with it. He crescendoes better than anybody.

He can also make an unholy racket. (Check out the fabulously titled I’m Happy and I’m Singing and a 1, 2, 3, 4 if you want to delve into his definitely not ‘pop’ stuff… it’s one of the most engaging and brutal sonic assaults you’ll ever get, and it packs a surprisingly powerful emotional punch.)

It feels timeless, as an album. But if I had to put a label on it, I’d push it into the ’70s. If Eureka was Jim being folky, and Insignificance was Jim being indie rock, I’d say that Simple Songs is Jim doing yacht-rock.

Please don’t run away. I don’t know how to get this across without making you run away.

(Hold your breath for the name dropping paragraph.)

It’s so damn theatrical. I suspect 40% of overly heartfelt indie flicks currently in production will take a track from this record for their climactic, inspiring emotional apex. You know the bit; one of Wes Anderson’s friends will be running down the street, realising they’ve got to fight for love they thought they lost.

It’ll work as well. You’ll get very emotional. You might even cry a bit. And have thoughts about where your life is going.

A lot of this feels like it should be wrong, but it isn’t. It’s so well put together, arranged to take you in but not overwhelm. It could so easily fall into overwroughtness; it’s certainly referencing overwroughtness constantly. But this is Jim. You can put your faith in him.

The album hangs together perfectly tonally, but doesn’t have the same intersong narrative as Eureka. It feels like several pieces that came from the same place, but aren’t directly related. That’s fine. Each individual piece just takes you on its own little journey.

It’s good road trip material. It drives forward with urgency, largely carried forward by irresistable piano pounding, but with the weight of those shared and woven into layers of strings, massively varied guitar playing, the occasional brass section, and pulsing and engaging drum lines.

The arrangement rarely focusses on one element though. It lets you choose where to look, and wherever you go there’ll be something special. It’s a full sound, the whole spectrum covered by something or other. (Again, Brian Wilson is worth thinking of here.) That depth helps take some of the strain from just how dramatic the whole piece is. The record is willing to be bombastic, but it’s self-assured rather than arrogant. Everything is part of the journey.

I’m painting it in broad strokes, I know. But that’s because I find it exceptionally hard to pin down from moment to moment. Every time I look directly into an individual track, it bursts into too many layers for me to prod at. I end up thinking ‘there’s a quiet bit, and then it gets really awesome’. But that’s not really music criticism is it. That’s just ridiculous.

Every individual phrase feels like something you’ve heard before. I can’t tell if this is intentional magpie behaviour, or just that timelessness rearing its head. The first time you hear it, you’ll think it’s always been around. It doesn’t feel new, but it still excites. Like uncovering a long-forgotten gem. It nestles right into that classic American ouevre of melancholic, box-car masculinity.

Oh. It’s quite short. And Jim still isn’t the best singer, but that doesn’t matter. And I don’t really listen to lyrics much, so if that’s important to you, find another review.

It’s ridiculous. It’s wonderful. It gets away with so much. 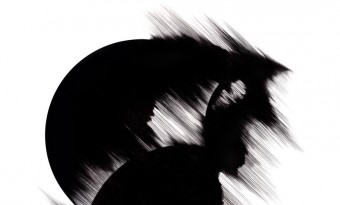