It’s clear that LA-based multi-instrumentalist Julia Holter is completely grateful for this opportunity to play the lush surroundings of one of London’s finest, the Barbican, presenting specially commissioned chamber arrangements of her earlier work, performed by Berlin-based ensemble s t a r g a z e. She looks completely humbled and overwhelmed by the occasion, but in a way which adds to the charm and performance. It’s easy to understand why. It was the perfect opportunity to fully realise the music she had written solo, but always with the intention of having players perform them with a much fuller sound.

As she recently told London in Stereo: “I’d never played a lot of those songs before because they deserved more. I had an idea in mind for the whole show. I thought of a lot of songs that would translate well in that setting, especially from Tragedy [her personal favourite record].” And boy, the songs sure deliver on an epic scale. She’s joined by a whole host of performers, including a string, horn and brass section, as well as a drummer and obligatory laptop dude. She’s well known for her dreamy but complex compositions blurring the lines between modern classical and indie-pop but tonight it sounds like a true chamber-orchestral execution. 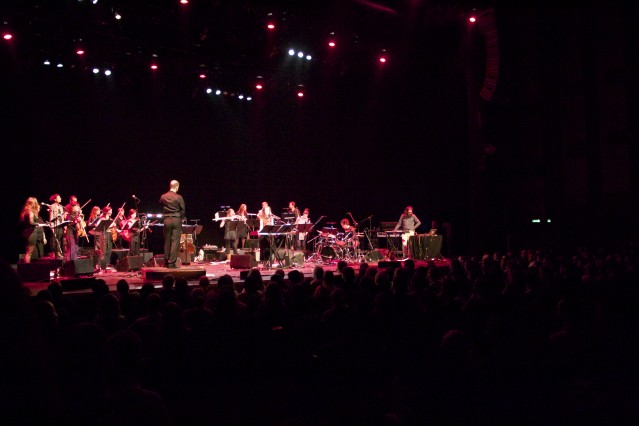 ‘The Falling Age’ sounds gorgeously dark and brooding as she sings of lost youth – “His youthful flesh and golden hair have lost their beauty. Oh, what pain!” – and ‘Try to Make Yourself a Work of Art’ is accompanied by fully trained opera singers (including one member from Efterklang) and shows Holter at her most venerable as they repeat the title’s refrain. “These ladies sing it much better than I can,” she says, and although that may be true – they are technically superb – they rarely come close to the harrowing icy edge which tints Holter’s delivery. ‘Maxim I’ builds and builds with effortless cool, as if it should be performed in a speakeasy bar in the early ’30s, with the sinister violent undertones of late night tales: “Drink some blood. Say it to my face. If you want to be starting something.”

Although some moments do sound repetitive, following the same pattern and stylings of the original records, there’s enough to keep the devoted followers more than happy. One gripe though: the couple next to me in Row K who whisper LOUDLY (yes, it is actually possible) throughout pretty much the entire show, annoying all the people around them who are too polite to say anything or assume they will eventually shut the hell up. I mean who pays for a ticket to talk all the way through? They do, that’s who. Unfortunately I need to “psst” them and give the universal hand sign of “shut up” (palming downwards).

When Holter plays ‘Celebration’ it sounds distressing and traumatic, with its swelling and distressed strings. My only wish is that they maybe develop the pieces a little further; add some more variation and dynamic ranges, especially in the percussion department which only really comes alive towards the end when she performs ‘Horns Surrounding Me’ with a solid backbeat. 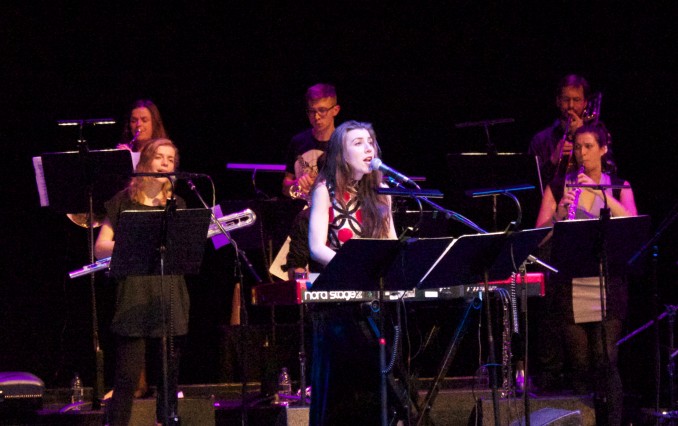 However, her finale of ‘Finale’ absolutely blows me away. Ending with Tragedy’s finale was the perfect way to end the performance. She sings about a mother’s strange and sudden shameful passion for her stepson: “What I most want / What I have spoken aloud / Is eating me alive” which is sampled and looped again and again. It sounds intense and harrowing as voices interweave in and out. Whispers. Speech. Singing. “This is exactly how I imagined these songs. And if could do it a million more times, I would.”

Julia Holter thanks the conductor and producer of the show, and it’s even more remarkable when you consider how quickly they turned it around. From receiving initial arrangements nearly a month before the performances, they realised the scores relatively quickly, and three rehearsals later here they are. It would be a shame if they didn’t perform together again, and it’s clear to see all parties were pretty ecstatic with what they created. 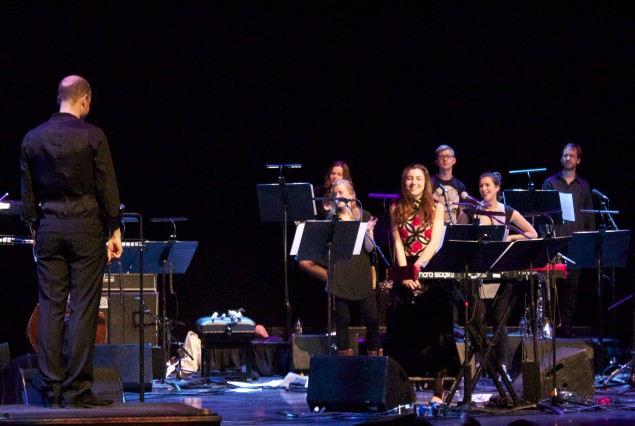 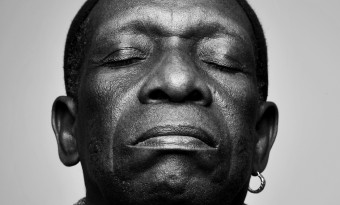 The appearance of legendary Afrobeat originator Tony Allen was the highlight of the London Jazz Festival, and his sold out performance didn't disappoint...
Read More