Nightmares On Wax have been getting right in your face this year, almost aggressively so. NOW are everywhere, as Warp Records tirelessly promote the 25th anniversary with the cheeky compilation Now Is The Time and plush reissues of six of the best LPs, including Smokers Delight and Carboot Soul.

On Friday night, the NOW live band rocked up at the Forum for what is bound to be the best night of their 25th birthday tour. The Forum night will stand out due to the strength of the bill. Stones Throw, Warp, Ninja Tune and Brainfeeder were all out in full force, represented by some of their most treasured and indispensable artists; NOW’s spiritual siblings DJ Food came through to London along with a host of talent including Future Dub Orchestra, The Cyclist DJ & the legendary Peanut Butter Wolf.

Teebs is a Californian beat maker and visual artist whose immaculate Ardour album turned heads in 2010, followed by this year’s warmly received ESTARA. He has become the golden boy of Brainfeeder, the leader of a pack of similar progressive musicians like Knxwledge, Bibio & Spazzkid. Teebs (Mtendere Mandowa to his mum) got the Forum crowd warmed up for NOW, who showed up ahead of schedule and proud as punch.

The most instantly striking feature of NOW’s live setup is that it seems democratic. So many outfits like NOW that revolve around one man, like The Fall or PiL, become suffocated by that one man’s influence, but George Evelyn is happy to spread the wealth. Evelyn (head honcho at Nightmares On Wax) spearheaded somewhat of a revolution in the UK by incorporating live instrumentation into turntable-based music, gaining a reputation as the ‘Granddaddy of Warp’. NOW were key in popularising a blend of organic hip-hop and soul elements with techno, bass music and everything else associated with the arse-end of English rave, a blend heartily employed by peers like Neotropic, DJ Food, Funki Porcini & Portishead.

While the bulk of NOW’s output may be down to Evelyn, the live touring band is a defined group of musicians and vocalists who each have freedom of expression and individual influence. Evelyn may be the brains, but he’s no one man band. Nightmares On Wax pleased the crowd with a range of classics like the ubiquitous ‘Les Nuits’, ‘A Case Of Funk’, ‘You Wish’, ‘Flip Ya Lid’ and ‘195Lbs’.

Throughout these 25 years, NOW have produced some of the quintessential comedown albums, records immortalised with associations of darkened rooms at 8 in the morning full of paranoid ravers, skunk smoke and bean bags. While much of NOW’s work on wax sits within the more chilled, downtempo, ‘comedown’ corners of the ’90s left field, on Friday they were fucking loud and rowdy, shaking the Forum with thunderous spitting and bone rattling bass, celebrating their 25th in style. 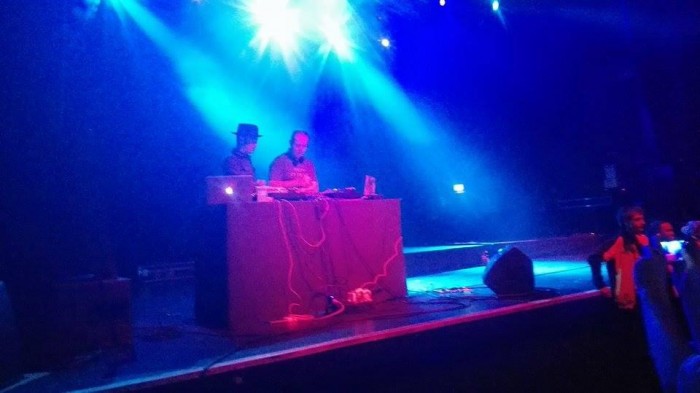 Peanut Butter Wolf showed up while NOW went off to cut the cake. PBW is a DJ and the face behind the mighty Stones Throw Records. He is responsible for bringing the likes of J Dilla and Madlib to the masses via Stones Throw, and he’s cut some classic records including the seminal LP Big Shots with Charizma and the landmark beat-tape Peanut Butter Breaks in 1994. He did an epic 12 hour mix for Boiler Room last year and can occasionally be found plying his trade in London.

PBW is always welcome in the capital and on Friday he showed us why, coming with an eclectic bag of tricks. His two hour audio-visual set saw a mix of everything from Michael Jackson to Audio Two, with Wolf scratching and blending the music videos projected on screens at either side of the room. PBW takes it back to the days of gold jackets with your name on the back, DJs spinning around and moving crossfaders with their teeth. Peanut Butter Wolf is a hip hop DJ for hip hop purists, he’s one of the few showman turntablists left in this lazy macbook age where you just don’t see DJs thrilling people like they used to.

Kevin Foakes (aka Strictly Kev, the current representative of DJ Food) crept up to the wheels of steel and took over from Wolf. DJ Food is a ground-breaking collective first established in 1990 by Coldcut as a platform and tool for DJs looking for breaks, loops and samples. Their influential Jazz Brakes series was rinsed so hard by DJs in the 1990s that many of the samples and breaks from the albums have lost all meaning, like how a word loses meaning if you say it a thousand times. DJ Food became a Ninja Tune staple, and with the release of A Recipe For Disaster in 1995, the collective started making wholly formed music and putting out records in their own right, like The Good Food Guide and The Search Engine.

Strictly Kev has been holding it down as the ambassador for DJ Food for years now, and it seems only natural that DJ Food be there to celebrate 25 years with Warp and NOW. Kev came with a typically eclectic, exciting journey through the impossibly dusty DJ Food crates before The Cyclist finished off proceedings with a short set of future funk and dirty disco, rounding off the evening nicely.

A great bill for a great occasion, it’s good to know that 1990s innovators like Nightmares On Wax, DJ Food and Peanut Butter Wolf still have a place in the hearts of listeners. Here’s to another 25.

The Growlers and The Garden @ Chop Suey, Seattle 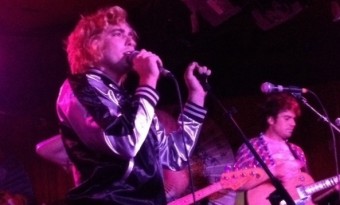 A vada-dancing duo, a catastrophic cross-dresser, and a smattering of beach goth blues - The Growlers's Seattle show with The Garden had it all.
Read More