TOY’s self-titled debut was the highlight of the London-based kraut/psych resurgence last year. A confident barrage of Can and Neu! inspired tunes played behind curtains of hair, super skinny jeans (where were the flares, that’s what I want to know) and layers and layers of cool. Not so much the sound of 2012 as the sound of 1975, except super slick. But when all is said and done, and you get past the style and retroisms, it’s the songs that’ll break or make TOY. So do the songs shine through on this week’s follow-up, Join The Dots? or does it feel more like dusted down antiques…

First track, ‘Conductor’, is a seven minute instrumental kraut number. That’s all well and good, but there’s been quite a lot of that going about recently and it can be hard to differentiate between, ‘oh, that one’ and, ‘ah, that one’. ‘You Won’t Be The Same’ has an early ’90s stoner feel, somewhere between Pulp’s sultry pace circa His’n’Hers and Teenage Fanclub. They actually excel when keeping things a little bit more musically relaxed and lyrically intimate. The title track is a fast paced, bass heavy rock-out with zooming guitars, but compared to the romantic swirling of ‘To A Death Unknown’, it feels a little heartless.

Tom Dougall’s lyrics often have a soft romanticism to them, and while they’re not exactly world changing, they are at least heartfelt. “She speaks softly, he unwinds / Breaking gently over time,” he mourns on the ever-so-slightly ’80s tinted ‘Left To Wander’, but his voice often disappears under a surge of production inspired by the artists they’re directly related to. The brief trips into more melodic new wave sounds on Join The Dots could really compliment a more ‘at the front’ approach to the vocals. It doesn’t even matter that he’s not the world’s best singer; if that was necessary for a successful band the majority of the past forty years of popular music wouldn’t have happened.

Join The Dots is an immersive listen, grinding and swooning in all the right places, and TOY have re-appropriated music from a very particular era to form a popular niche, but the vintage sound is feeling a little weathered. It might be the dreary weather or the remnants of the lurgy putting me on a downer, but there’s something about the seriousness of retrospectivism here which threatens to cast TOY as more of a time capsule than something to cherish in the here and now. 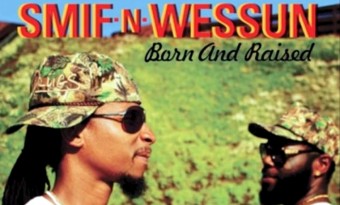 Is reggae on the return? This Brooklyn duo's Jamaican-influenced hip-hop is one of several signs that it may well be...
Read More