The loop-pedalling violinist isn’t as rare a species as it used to be. The ever-dapper Andrew Bird has been around for years of course, but recently we’ve had young bucks like Kishi Bashi and Marquis Tolliver emerge to underline the fact this most venerable of instruments can be manipulated in ways much removed from its orchestral origins. But I’ll always hold particular affection for the man formerly known as “Final Fantasy” for he was the first performer of his kind I ever saw.

Back then, Owen Pallett was a nervy 25 year old, showcasing baroque compositions of layered strings and arch vocals that, whilst uneven in quality, displayed a great deal of promise. Almost a decade on and he’s moved on leaps and bounds in terms of sound, with three superb and eclectic releases under his belt and a new one on the way. A lot of this new material is previewed tonight; of most interest being a dark and intense instrumental bearing more in common with the new Sigur Rós than his previous work. It seems that the keyboard has achieved equal pride of place with the fiddle; there’s also been a greater effort to integrate his band (a drummer and a guitar-playing, synth-twiddling jack-of-all-trades) so they’re less redundant than in the past. But truth be told, the highlights were the moments where it was just him and a violin, dazzling all and sundry with the rat-a-tat rhythms and uptempo virtuosity of ‘Song Song Song’, or the richly classical ‘Many Lives->49MP’. 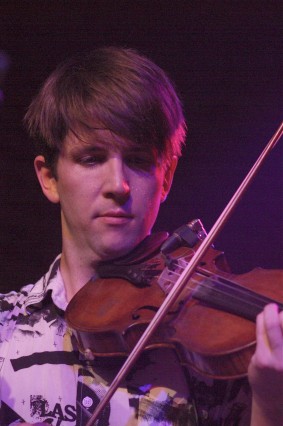 It wasn’t the greatest show he’s ever put on. Village Underground’s a stuffy, oppressive place in mid-summer, and its spartan environs seemed a little out of sync with the lushness of his performance. He also seemed a little tired, not to the detriment of the performance but enough to give the impression he wasn’t enjoying himself as much as he usually does. But the setlist was beautifully balanced, and the closer of ‘Lewis Takes Off His Shirt’, the most exuberant, unabashedly epic song in his repertoire, remains one of the greatest musical experiences this decade has to offer. He may no longer be the only practitioner of string-centric loops in town, but Owen Pallett’s still got the skills to show his rivals what for. 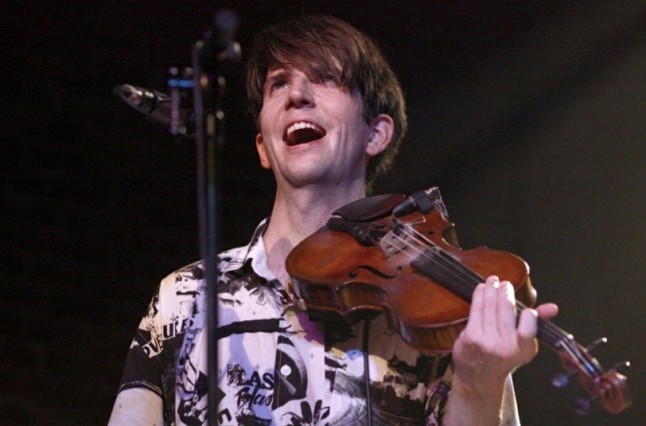 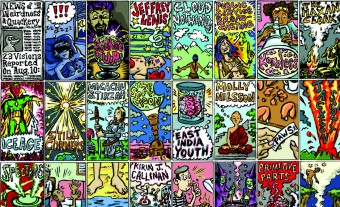 We have a gander at London's latest musical feast, the excellent Visions Festival...
Read More