In the middle of the last decade, Gudrun Gut’s Monika Enterprise label put out a series of compilations called ‘4 Women No Cry’. The concept behind them was to introduce four female musicians from four different countries to a wider audience, and all 3 comps that were released provided a rich variety of electronic, experimental and esoteric pop music.

Columbia born, Barcelona ‘n’ Berlin based Lucrecia Dalt appeared on the final edition of ‘4 Women No Cry’, which also boasted some of the first tracks released by darling of the underground Julia Holter. A couple of years later a self-released album, ‘Congost’, appeared. Full of enchantingly faded minimal pop, it brought her to the attention of German label Human Ear Music (now HEM Berlin), who’ve released tracks by everyone from John Maus and Maria Minerva to William Basinski and John Cage. It’s a fitting home.

Her first album for HEM came out towards the end of last year. The cover of ‘Commotus’, a latin word meaning ‘woken, provoked, agitated or disturbed’, featured a picture of a gigantic cloud of debris approaching a huddling clutch of vulnerable dwellings in the Texan dust bowl, circa 1935. It’s an incredible image of suspended, impending menace, and the music, though far less volatile, reflects that – switching from the calm before the storm to its eerie eye, and, perhaps most frequently, the stark, haunting aftermath. 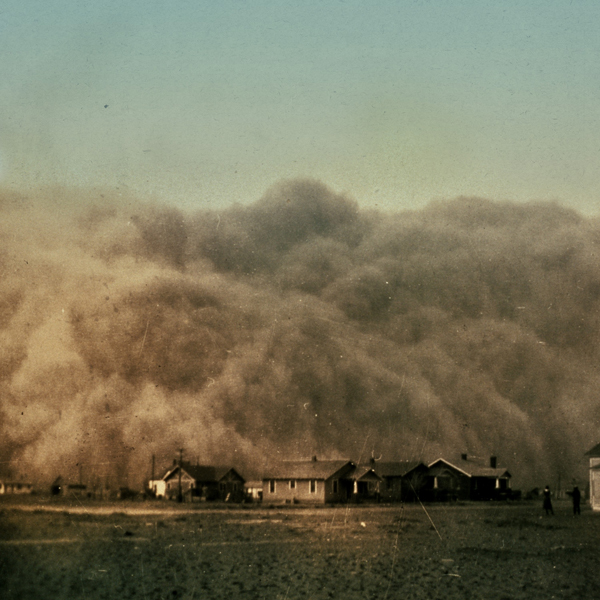 The flesh of her music tends to be stripped to the bone, a darkly minimal, bass-heavy brew that makes The xx sound like The Saturdays. The wobbly vocal manipulations and plinky, creepy accompaniments of ‘Saltación’ evoke fellow Berliner Planningtorock, while the languidly gothic ‘Conversa’ is like a slightly enervated ERAAS (perhaps the odd goth touch stems from some nominative determinism related to the famous Sisters of Mercy hit…).

Dalt’s vocals frequently sound like she’s singing in her sleep while having a disturbing dream, which works well on tracks like ‘Silencio’ which drags its feet like a concussed child following the twisted ribbons of a melodica melody (you could imagine much of her music working alongside the strange animations of Ivan Maximov). It’s not unremittingly dark though; the shuffling beats and gently spiraling keyboards of closing track ‘Batholith’ are totally blissful, with a gorgeous guitar coda that sounds like Jackie O Motherfucker at their most transcendental.

Hopes are high, then, for her follow-up album; especially after hearing this mix she did for Tiny Mix Tapes recently. Her explanation of the creative process, which accompanied the mix, is worthy of extended quotation:

“Film became increasingly relevant when I was making the Commotus album, but I was thinking more about imaginary landscapes then, whereas on the new album, film played a key role. I picked around 10 movies I’ve been heavily resonating with during the past year. While recording I used to play these movies on mute and sometimes just randomly, I was turning up the volume for a second while playing back the stems I was working on. Since I am not having any collaboration from other musicians on this album, these movies became the external shifter elements, the vectors of disorientation, guides to other moods. This way my temperament wasn’t the only thing determining the album’s direction.”

It’s a fascinating solution to what can often be a problem for solo artists, who, bereft of the direct influence of other musicians and the sparks of unspoken, even spiritual, connections that collaboration can produce, run the risk of producing music that is staid, single-minded or self-indulgent. This is clearly not a problem for Lucrecia Dalt. She describes how, when composing a record, “dreams and thoughts become louder and more intense, conversations more enjoyable and graspable, ordinary walks become remarkable”. The highest compliment you can pay her music is that listening to it can provoke the same response. 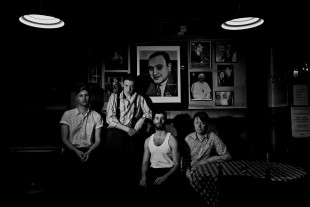 I started writing this opening paragraph about how much like David Bowie the London four-piece Night Engine sound, but then I realised everyone has already done that. About a million times. Including myself about two months ago for a different site. But, as they say, a cliché is only a cliché because it’s true. But then, they would say that. The clichéd bastards. There is, however, an odd synergy to Night Engine’s growing success and the recent reemergence of the Thin White Duke. Yet the latter’s musical offering upon his return was so dull that no one’s put it on since the release date (unless you have, you weirdo) while the former are a bunch of barnstorming boys with youthful optimism, here to batter you into submission with their ADHD melodies. In the chorus of ‘Worth Your While’ the backing vocals chant: “lift me up, I really want to dance, lift me up, I’ll make it worth your while,” like some sort of disco-flavoured sexual dare; a response to Sister Sledge’s ‘He’s the Greatest Dancer’ perhaps. Born out of a childhood friendship, the sense of growing up, moving on and getting stronger is apparent throughout the lyrics. Despite titles such as ‘Young and Carefree’, so sweet Taylor Swift could use them, several songs do posses a dark tint. ‘Seventeen’ features the lyrics: “You think that you’re older, that I’ll never be stronger...I have to kill the man and you’re another... ”, indicating a simmering macho aggression towards a faceless aggressor (apparently it's based on “a 17-year-old killer who has grown up in a criminal environment from which he can’t really escape”). The adolescent frustration rears its pock-marked face elsewhere too: "Just ‘cause you’re older, doesn’t make you wiser" they declare on ‘Treat me Like A Baby’. These growing pains are off-set with blasts of retro synth and funk influenced bass lines, because when you’re growing up and confused and angry the best therapist is a big speaker with fast music you can dance to blasting out of it. Especially, in Night Engine's case, if said music has been produced by Nile Rodgers. Their tunes are energising odes to their musical ancestors, with the likes of INXS and Talking Heads held aloft as golden gods by the band, bringers of pace and entertainment to the blessed among us. There’s no escaping it, Night Engine are a fully-formed, hot-out-the-oven recreation of their influences, but damn do they taste good. “I just feel restricted, give me a chance,” singer and guitarist Phil McDonnell chimes. It’s OK Phil - you’re going to be getting more than one chance with us... by Nicholas Burman
Read More