Music can be a great aid to hard work, and not just if you’re in a chain gang or singing sea shanties on a whaling ship – I can barely bring myself to open an email without ‘In The Trees’ by Faze Action blasting out the stereo. However, music can also be a massive distraction. For instance, I just played ‘Mr. Moustache’ by Nirvana in the office and a colleague literally leapt out of his chair and jumped around the room for the duration of the song. He then sat back down and had an immediate panic attack about all the extra emails that had piled into his inbox while he’d been throwing himself about.

The idea behind focus@will is to find and play music that will help you concentrate while you’re trying to work. Largely this turns out to be stuff along ambient and classical lines, with the app’s creators claiming it can help improve concentration by 400% and is “extremely effective for 2 out of 3 people” (the third probably discovered it boasts a genre called “Alpha Chill” and threw their phones out the window). There’s a three week trial period if you want to see if it works for you. We may just stick with Faze Action on repeat…. 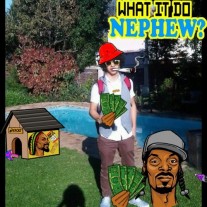 Snoop Dogg is, at this point, more a meticulously well-maintained branding exercise than an actual human person. Every move he makes seems calculated to keep him in the public consciousness, which he's managed to control so well that he still retains a cache of cool despite now being a 41-year-old father of three who's approaching the age where he'll soon be trading gin and juice for cocoa and cream. One of the reasons his image has remained strong is that he's able to utilise something most brands can't go near for fear of a backlash - marijuana. From 'Let's Get Blown' to his recent reinvention as a 'rastafarian', Snoop's whole image is now built around the fact that he smokes a shitload of weed, thus making him a hero for teenage stoners everywhere. And it's them, you imagine, who are the main target market for Snoopify. It's the second Snoop app we've featured in as many months, demonstrating how his formidable brand machine is totally on top of technology as well. The app basically allows you to stick Snoop-related 'stickers' (many of which you have to pay for, natch) over your photos and then share them via social media - basically the smartphone equivalent of drawing massive spliffs all over photos of your mates. Is it any good? We'll leave it to reviews from his fans on Google-Play (where it currently has four stars) to help you decide: "I love anything about Snoop, how u can add ur own to it and make it look like hes with you". Nuff said.
Read More