Director Cyriak lends his animating talents to what may be the best track Bonobo’s ever produced. Cyriak visually samples old public information films and places them within a twisting kaleidoscope, in an almost overwhelming exercise in perspective alteration.

Apparently he was inspired by the Oscar-winning short film below by Zbigniew Rybczynski, which apparently took the Pole seven months to make. While current technology obviously ensured Cyriak’s effort didn’t take quite as much time, it’s still a superb video for what must be one of the tracks of the year so far. 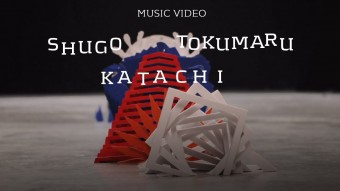 One of those videos where you think, boody hell, just how long did this take to make? Well, that's what you would think if your brain wasn't busy being bounced by a never-ending wave of shapes and colours. This video from directors Kijek/Adamski apparently involved over two thousand (!) PVC silhouettes, shaped using a computer-controlled cutter. Yet the laborious process is transformed into something playful and perky, a fine accompaniment to Shugo Tokumaru's chirpy tune. Video of the year so far.
Read More