Usually thin walls in a recording studio are a source of great consternation. However, on at least one occasion, unintentional sound leakage led to very good things indeed. Namely, the formation of San Eco.

It was in a Manchester recording studio where Morris Cowan and Tom Edney first became aware of each other’s music, through the walls as they were both working on separate projects (Cowan’s ‘Six Degrees’ and Edney’s ‘The Manchester Underground EP’). After setting up a session together shortly afterwards, they decided to cement their relationship and make a record under the name San Eco, bringing together the electronic and indie styles that they respectively specialise in.

Five years later and that album is almost with us. What’s more, we have an exclusive preview from it today, in the form of shimmering new track ‘OPM’. Thankfully unrelated to the Californian band of the same name (who inflicted ‘Heaven Is a Halfpipe’ on us back in the year 2000), ‘OPM’ is a softly undulating five minute sound-bath that floats somewhere in between Tunng, Four Tet, Nathan Fake and Atlas Sound. Slip into it below.

“OPM is a sentimental song inspired by children’s book about the Antarctic and the film Nostalgia for the Light”, San Eco reveal. “The song is about coming to terms with bad times, realising memories don’t just go away anytime soon and realising they are now part of your make up. You must learn to live with the memories as they become a psychedelic electrode to learning to deal with your past.” 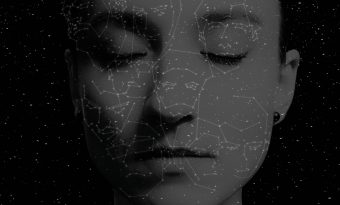 Delve into several daring reinterpretations of jazz classics on 'Speak Low Renditions', by the award-winning Lucia Cadotsch and her gifted associates...
Read More