After reviewing Mac DeMarco’s latest release This Old Dog recently, I was rather intrigued to hear how the songs would translate in a live setting. Largely because the new album is so stripped back and bare that I half expected a solo acoustic show accompanied by a drum machine. Of course, this would never be the case.

Mac DeMarco’s star is rising in terms of popularity. His fanbase are completely devoted. I’ve never seen so many MDM t-shirts and people wearing blue dungarees and psychedelic t-shirts (think Lisa Simpson in the episode of The Simpsons where she reinvents herself on holiday to make new friends). Tonight and last night are his biggest London shows to date, completely selling out both nights in a 5,000 capacity venue. Not too shabby at all I say. 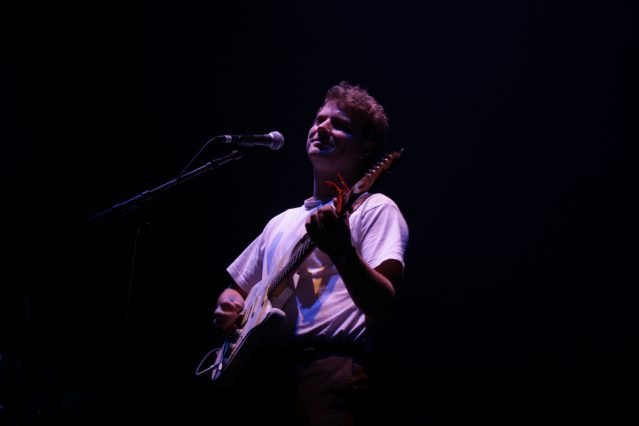 First up tonight though is Kirin J Callinan (formerly of Mercy Arms). he sort of looks like a relation of The XX’s Oliver Sim and sounds like an Australian Morrissey (*spit*) or maybe Patrick Wolf if he wore a red beret and donned a killer Mac DeMarco rare t-shirt (which he tries to auction off mid-set, with bids escalating quickly: “Do I hear £100? £200? £1000? … £5000?”).

The performance is completely bonkers. Kirin J Callinan takes on industrial hardcore covers of David Bowie’s ‘I’m Afraid of Americans’, shows the crowd his new record – which includes a photograph of his naked body mounting the centrefold – and even plays a song called ‘The Toddler Song’ where he mimes the first two minutes without any lyrics (imagine Elvis shimmying across the stage with his arms outstretched). When he does sing a capella, I imagine it being sung to the tune of ‘Taxman’ by The Beatles. I later see him walking through Mac DeMarco’s set wearing a cowboy hat and pink string vest. I won’t be forgetting him in a hurry, that’s for sure.

And then onto the main event. It’s safe to say that the crowd are already fully on board by the time he takes to the stage, rapturous as the set opens with the lilting and laid back ‘Salad Days’ and joining in with the “La la la la la” chorus in perfect harmony. A sweet observation: before the band appeared they placed a table bench on the side of the stage for a group of the band’s friends and families (uncles and cousins included). It all appeared very cosy and laid back, as if they were popping into a band jam or soundcheck. 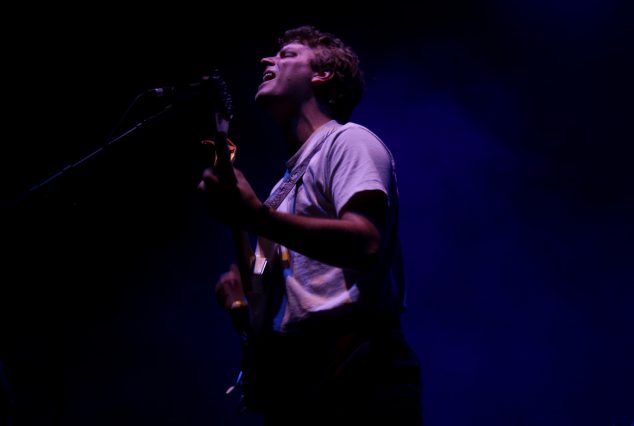 The deliciously ’70s soft rock of ‘No Other Heart’ gets the crowd bouncing despite its lyrical content sounding almost sad and resigned (“For once her heart belongs to another, and no other heart will do”), and ‘For the First Time’ from the new record is wonderfully schmaltzy. However, it’s when DeMarco goes way back to his earlier record 2 when pandemonium hits the front rows, causing a swaying wave in the crowd, sweating bodies surging to-and-fro and raucous crowd surfing. All are then brought down to earth by new downbeat, sombre number ‘This Old Dog’, which is almost like a funeral march in comparison to ‘My Old Man’, which takes on a new bossa-nova perspective.

The tunes evidently display a talented craft and song-writing chops, but played together in this order they do occasionally lose their flow. ‘Cooking Up Something Good’, with its funk guitars and stirring chorus, is followed by ‘Ode to Viceroy’, which is the best elegy to a cigarette brand I’ve ever heard. ‘Freaking Out the Neighborhood’ will always be a highlight and even provided an opportunity to celebrate the anniversary of their keyboardist (“One year for Dan!”) and support act, as Kirin J Callinan retakes the stage for crowdsurfing with his backing band of brothers. They even get to share a smooch on stage. Right on the kissers. Kiran later joins in (even mounting the bassist on his shoulders) during oldie but goldie ‘Rock and Roll Night Club’, from DeMarco’s first record of the same name. 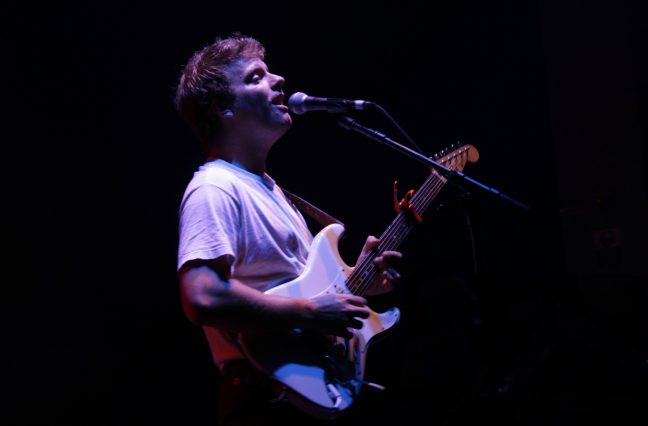 This Old Dog stand-out ‘On The Level’ is drenched with rays of synths as Mac performs some choreographed hand movements and sounds like a close relative of ‘Chamber of Reflection’. My personal favourite ‘Moonlight on the River’ is an epic post-rock-meets-prog journey that builds to a thunderous climax. The crowd do appear to lack patience though (short attention span maybe?) especially when it comes to traditional set closer ‘Still Together’. Elevated from the acoustic version on the record, it sounds fully realised in full band form but includes an extended 20-minute jam session placed right in the middle of song. The crowd seem lost, although they do come snap back into the groove when DeMarco decides to crowdsurf. To play a 20 minute jam of covers in the middle of the closing set at his biggest show is brave but I l have to say admirable. He hasn’t changed maaaan.

Despite the attention and plaudits, there’s something wholly charming that good ol’ Mac is keeping it old skool. But there’s also something of a wasted opportunity too, especially as they haven’t performed other fan favourites such as ‘Blue Boy’, ‘Goodbye Weekend’ and ‘Passing Out The Pieces’, which would have left the evening on a more upbeat note as opposed to petering out. Ho hum. Mac’s star is only getting brighter and it’ll be interesting to see where he ventures next. 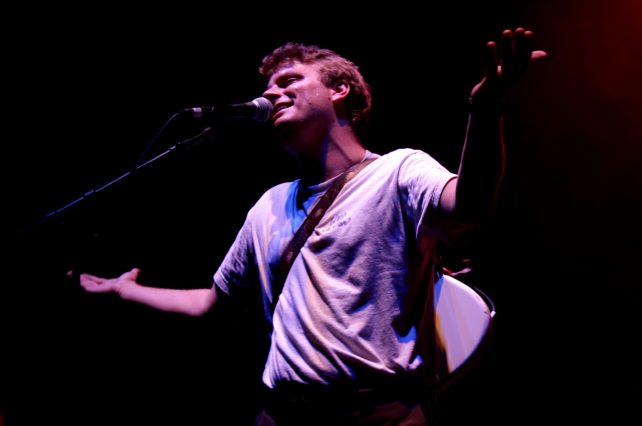 The Body and Uniform at Electrowerkz 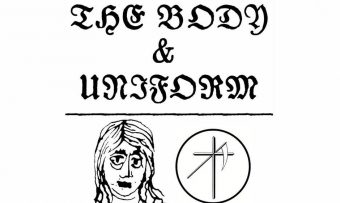 The Body and Uniform's recent Electrowerkz show was a great mess of horrible sound-slaughter. Perfect for a rainy Monday night.
Read More