Having been freshly crowned ‘best national vocalist of the year’ at Germany’s prestigious ECHO Jazz Awards this week, the Zurich-born, Berlin-based artist Lucia Cadotsch is in the ascendancy. Flying high following the success of last year’s Speak Low album, which featured adventurous takes on such seemingly untouchable classics as ‘Moon River’ and ‘Strange Fruit’, Cadotsch has received deserved acclaim from across the critical spectrum, with the likes of Jazzwise and The Guardian singing her praises.

Now Lucia Cadotsch has shaken everything up again with the release of Speak Low Renditions. Engaging the talents of her diverse musical family, she offered up the stems of each track to ten different artists and, without any creative constraints, asked for their interpretations. Released tomorrow, we’re offering an exclusive early preview of the spectacular results right here:

While many ‘remix’ albums struggle to rise above the proven quality of their original parts, Speak Low Renditions both complements the source material and takes it into expansive new territory. From the chattering minimalism of Julian Sartorius’ shadowy version of ‘Don’t Explain’ to Trummerschlunk’s future-tribal take on ‘Ain’t Got No’, it manages to plot a series of left turns towards a fulfilling destination. What was once a daring musical dialogue between Lucia Cadotsch and the giants of jazz has opened into an exploratory forum, guided by a deep musical understanding and finessed by consistently exquisite production.

Perhaps this is no surprise considering the pedigree of the participants. Loop Collective member Dan Nicholls has recorded with the likes of Squarepusher and Matthew Herbert while both Frans Petter and Julian Sartorius have worked with Jameszoo – their contributions are more than worthy of associated labels like Warp, Accidental and Brainfeeder. Colin Vallon meanwhile, who recently released his own impressive opus on legendary label ECM, produces another highlight with a sprawling, tempestuous expedition into ‘Don’t Explain’.

Speak Low Renditions shapes Lucia Cadotsch’s unfettered artistic approach into thrilling new forms, and is available as both a digital download and a limited edition cassette, which comes complete with twelve postcards (and a free biro to roll the tape with). You can order both via Bandcamp. If you’re anywhere near Berlin next month you should also make sure to attend the official launch party on May 26th at the legendary Berghain – tickets available here. 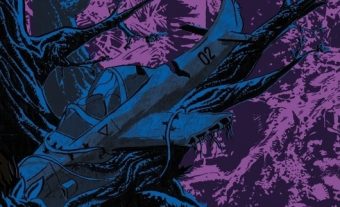 Italian post-rock quintet Elk offer a bonus chapter from their post-apocalyptic concept album Ultrafun Sword, and explain to us what it's all about...
Read More