Arca’s self-titled fourth album is an absorbing meditation on sexuality and fetishistic desire; sensuality and identity. The eponymous title sets a statement of intent, reinforced by an unsettling close-up portrait of Alejandro Ghersi dominating the album cover.

As well as three albums, Venezuelan-born Arca has produced for the likes of Frank Ocean, Dean Blunt and Björk, and produced and written for Kanye West, FKA Twigs and Kelela. And if that list of names hasn’t given you a semi then you might as well stop reading.

But these songs drip with an intense intimacy: openers ‘Piel’ (Skin) and ‘Anoche’ (Last Night) drop you straight into a dark and lonely story. Despite producing for primarily English speakers, Arca sings in his native Spanish. He declares a type of intimacy most naturally expressed in his mother tongue, but also subtly screens the confidences that might be offered through his lyrics.

After tracks in such a personal mood, the shuffling and uneasy beats of ‘Saunter’ are a relief. The ceaselessly shuffling card deck percussion of ‘Anoche’ is echoed in new hissing and knuckle-cracking, which submits to a choral vocal: the ecclesiastical mood struggles against sensual and shifting depths.

‘Reverie’, like many of the other tracks, begins slowly. Arca croons, self-encouraging and strong, and as the track builds you’re drawn into something quite magnetic and charismatic, almost anthemic, if it wasn’t completely impossible to sing along to it. Because while you’re warmly invited to observe this performance of self-discovery, this is his story.

Then, when you’re right in the heart of the album, or the eye of the storm, you’re jerked out of any reverie. ‘Whip’ is the distorted sound of a cracking whip, no melody or vocals. Just a straight up smack in the earhole, but presented in a way that’s jarring and even funny.

The entire album is filled with these dichotomies: hearing Arca sing but unsure if you’re ever hearing his true voice; seeing his face close up on the cover but discoloured and relatively unrecognisable; sharing something personal through dissonance and obscurity.

Arca is unlike any of Arca’s previous releases, but in retrospect – given his producing credits and general air – it seems obvious that it must have always been on the cards. It’s like a journey through his mind, and in travelling you discover pieces of yourself. 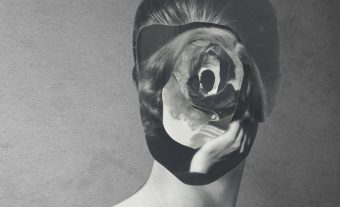 As defiant and enjoyable an indie rock album as you could get, H.Grimace's debut is celebratory but not frivolous, serious but never bitter...
Read More