A slow cracking sound caused by the determined turning of a rusty wheel. A pressure that clamps and grips the sides of your face with such force that the blood rushes forth and begins to press on your now bulging eyes until your helpless mind is held in a vice-like grip of terrifying power. There is no escape.

That’s how ‘Sever The Head’, the first track from Hopes Of Failure, the new Thrill Jockey released album from Iowan three-piece Aseethe, made me feel when I listened through its wonderfully gruelling opening 11 minutes.

To be fair though this oppressive brain-crush could have been attributed to the fact that I’d been suffering from an absolute bastard of a cold, one which had lingered in my face-passages for longer than a bad smell in an overcrowded lift.

It was an absolute shit of a lurgy I can tell you, one that made my head feel as though cowboy builders had erected an incredibly shoddy structure in my sinuses. Instead of using plaster and cement to solidify and secure, they’d used shit and ectoplasm-green mucus. Lovely stuff.

Listening to Aseethe creates that same crushingly claustrophobic feeling inside my Lemsip addled think muscle. Each of Hope Of Failure’s four bruising tracks scrape through the debris of doom and drone metal like a digger in a scrapyard of hope.

Five minutes into ‘Sever The Head’ the track begins a dark skeletal march as its thunderous guitars become a sinister chiming crawl.

Throughout Hopes Of Failure the riffs are acrid and thick, the pace shifting between brutal and escargot. The drums whip and peak around vocals that are the belched howls of a stricken, wounded warrior.

On second track ‘Towers Of Dust’, the blade that had been plunged into the warrior’s side is released from its fleshy enclave, releasing bellows of pain that are sent flailing high into the cold night sky, like old ghosts escaping an excavated grave, or the desperate liberation you feel after blowing your nose having been stuck on the underground for forty minutes. Relieved but covered in a depressing black muck.

‘Barren Soil’ features screwdriver guitars that drill their relentless groove so tightly into your memory that your bonce will be full of metal. Its feral howls are the panic inducing sound of the vivid spectres that haunt your waking fever dreams.

Seven minutes into the fourth and final track ‘Into The Sun’ Aseethe offer up a rare moment of contemplative peace among the surrounding desolation. The growls give way to a remorseful croon and the track begins to crumble once more into the twisted shapes of broken human bones.

It’s a gothic ramble through the overgrown bracken sat beside some stinking decrepit bog, perfect for a winter Sunday afternoon.

Now doesn’t that all sound lovely to you? No?

Well piss off then. I’ve got a headache and a dry cough, so I’m going to tighten myself back into Hopes Of Failure’s punishing clamp-like clasp in the failed hope of squeezing more pus out of my wheezing head. 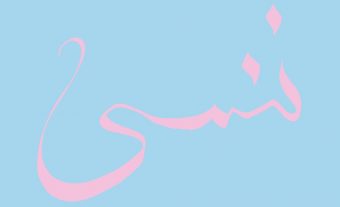 'Forget' might be Xiu Xiu's most accessible album to date, but the band’s psyche remains one where the floodlights shine from an oncoming train...
Read More