“Always look on the bright side of life …”

As we approach our first post-Brexit, pre-Trumpton Christmas, never a truer word spoken.

Alas, no Valkyrie awaits to transport us to Valhalla! No Brunnhilde to assuage our woes! Never mind, we shall just have to get our Norse kicks from the great big music pleasuredome that is the Nordic circle.

Up till recently, Nordic music was just a microdot on the world music-map. Now, with the arrival of teams OMAM, Larsson and Kygo, all of that has changed. Nordic Naff is a thing of the past – these days, it’s all about Nordic Cool.

So which Northern Lights illuminated the 2016 skies? Which albums were lagom, which songs like a spritz of morgenfrisk?*

I’ll start this retro round up by saying that, end-to-end, 2016 was a mighty fine year for Nordic music, with Norway in particular producing a near record vintage.

The past twelve months has seen the emergence above the parapet of a diverse cohort of imaginative, unorthodox, exceptional musical talents. Agnes Obel, EERA, Sløtface, Anna of the North, Kygo and Zara Larsson all crashed through their own glass ceilings, with the latter two taking the USA by midsummer storm, and a near perfect one at that.

For me though, the act that broke through with more punch, passion and panache than any other was Norwegian five-piece Highasakite.  Already skimming the ‘big-time’ on the back of their support tour with OMAM, the combination of a heavyweight sophomore album and a crack PR team ensured that this unique blend of talented individuals went global in 2016. A world tour will culminate in a sold-out Oslo homecoming in March 2017, a year that should see Highasakite nail their flag to the worldwide mast.

With rising stars such as Apothek, Lovespeake, Ponette, ARY and Ludvig Moon rubbing shoulders with more established artists like Aurora, Band of Gold and Electric Eye, it was a golden year for debut albums and new releases. However, our top of the Norwegian pops 2016 goes to the triumvirate of Royksopp feat. Susanne Sundfur, Anne Lise Frokedal and Hanne Kolsto – their ‘above the call of duty’ productions left everyone else standing in their wake.

‘Gluggavedur’ is a word the Icelandic use for ‘window weather’ – that midwinter barrage of snow and sleet that keeps us indoors, donning double-ply socks and snuggling under throws whilst necking copious rounds of piping hot tea and warm buttered toast.

Of the five countries that make up the Nordic belt, Iceland has the smallest population, notching up a teeny 329,000. Notwithstanding that fact, it continues to export some of the world’s most unorthodox and ingenious of musical acts and 2016 was no exception.

The calibre of this year’s Icelandic output was stonkingly good; Pascal Pinon, Fufanu, Úlfur Eldjárn, Sturla Atlas, Júníus Meyvant, Vök and Auður all carved an idiosyncratic niche beyond their Polar landscape. However, it was electronic three-piece Samaris who took sonic centre-stage, when their first English language album, Black Lights, soared through the Euro-zone back in June. A mesmerising compendium of angelic organic fused with high-tech beats, Black Lights was one of the standout Nordic albums of the year.

Whilst Danish ‘hygge’ is fast becoming an endangered species – once pounced on by the mundane middle, everything foreign and therefore ‘exotic’ is at risk of becoming Euro-trashed and neutralised – the Nordic sense of Forelsket, or euphoria, is a concept very much still alive, channelled through the music of acts like Blaue Blume and most recently three-piece IRAH.

Channelling their inner zen and with their chakras very finely balanced, this trio create music of a serenely meditative and peaceful nature. As thoughtful as it is elegant, their single ‘Fast Travelling’ was by far the best to be released out of Denmark in the past twelve months.

That’s saying something in a year that also saw the rise and rise of Lukas Graham, although that’s something a bit of therapy should easily resolve. In addition, Palace Winter blew us away with the gorgeous ‘Soft Machine’ from their debut album Waiting for the World to Turn, Masasolo and Sweet Tempest arrived and we liked what we heard, and the starkly spectacular Familiar raised the name of Agnes Obel above the parapet and beyond.

In recent years, Denmark has gone from ‘poor relation’ to serious competitor, and like its neighbour Norway, is now a strong challenger to the Swedish throne.

Speaking of Sweden… well, it was all about Zara Larsson really wasn’t it – on music and off! Slots on US chat shows, a stint on The Voice UK and a collab with La Guetta for Euro 2016, during which they pumped it up Eiffel style for the crowds thronged in front of Paris’ favourite rust-bucket. Most recently she has been labelled a man-hater, mainly by men, to which we say, “Ah lads, sure it’s only a bit of powder room banter!”

Elsewhere along the Åreälven there was Tove Lo, Ditt Inre, Goat, Many Voices and Ingrid Witt. Sadly, none of them could hold a chart-wicked candle to the dazzling, meteoric rise of Lady Larsson.

Alas, poor Finland. That oft forgotten middle child. Not the most prolific of music hubs, yet when its musicians move beyond the clank and clamour of metal, they touch upon something so surreal, so moving, so utterly compelling that it smacks of greatness. The Finns don’t do middle of the road – the are masters of the obscure and mistresses of ingenious invention.

Stand-outs of the year were Islaja, Villa Nah and Cats of Transnistria – as off-the-mainstream beaten track as they were diverse. Cats of Transnistria produced an emo-ripping stunner of a debut album, while Islaja brought the theme track of her art-installation collaboration to our doors with mesmeric effect. On the opposite end of the sonic scale was spy-gaming anthem, er, ‘Spy’, very harim Scarim it was too, to pun the unpunnable. For you electro-gamers, we give you our winner of ‘Intriguing Spy vs Spy Theme Tune 2016’:

While most of you are currently waking in a perpetual state of Bagstiv**, some of us have as yet to get off the mark. So, without further ado, we’ll wrap this up in some Nordic-themed paper bearing traditional scenes of snow, salted liquorice and fermented fish, tied up with some Rudolph-hued ribbon and head off to the pub for some Nordic themed cocktails like ‘Bankrupt Snowdrift’ – a muddle of 14Euro Gin with a sled of Ice. Slice extra.

Five albums you shouldn’t have missed but if you did, get your bloody act together!

Five artists whose name you should magnet onto your fridge!

Five songs you need to add to your playlist!

*Lagom is Swedish for perfectly balanced, Morgenfrisk a Danish saying for feeling refreshed

**Bagstiv – waking up drunk from the night before 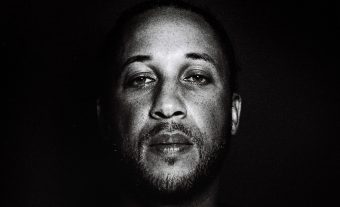 Jamie Miller rounds up the best mixes and releases of the last couple of months, including Rider Shafique, Kamixlo, Burial and I:Cube...
Read More