From ALYUSHA’s angular electronics to the emergence of a Cyrus sister who actually isn’t bad, this week’s singles round-up is full of surprises…

Anglo-Japanese artist ALYUSHA’s vocal manipulations morph what could otherwise be a fairly flat track into something intriguingly weird. No surprise she’s been performing with fellow Caps Lock lover GAIKA, as the jagged production fits in nicely alongside his recent work. The delicate pads that come in halfway through and at the end provide some welcome waves of contrast, and you sense she has a fair few more tricks up her sleeve waiting to be revealed…

As a non-French speaker I have no idea if that’s the track title or a brief biography or a short description of the composition or all three. What I do know is that Avec Le Soleil Sortant De Sa Bouche are back and as brilliant as ever. Following up on their last record (one of our favourites of 2014) will be tough but this track, which sounds like David Byrne fronting Magma in Bamako, suggests they might just do it. Très bien! (That’s right isn’t it?)

This sort of modern synth-pop seems to account for about 80% of the press releases we get shoved into our inbox, but generally only about 1% of them are ever worth listening to twice. This is one of the 1%. The vibe sits somewhere between Metronomy and Bronski Beat, but most importantly it’s simply a very well-written song with a great chorus. No lies.

Apparently Franz Kirmann’s Elysian Park, from which ‘Hypertrance’ is taken, was partly inspired by controversial French novelist Michel Houellebecq. Which sort of makes sense, in that it’s deceptively simple on the surface, yet full of challenging and occasionally unpleasant themes. Unlike a Houellebecq novel however, my mind emerged from ‘Hypertrance’ feeling refreshed and revitalised rather than stained and cynical, although in all honesty I prefer it without the glitchy video.

Hector Plimmer’s tasty percussion finds itself plagued by some creepy synths, and the net result is a subtly infectious little cracker. Big things are expected from Plimmer’s first album for Albert’s Favourites, which is out next year.

This is the song I always hoped Warpaint would release; if they had, it would be their best track to date. I’m not having that ‘New Song’ pap, but this… this I’ll take wrapped.

Blawan’s back with a new alias and, more importantly, some new music. ‘Filk’ is one frosty, quaking motherfucker – you’re advised to put on some gloves and a scarf before listening to it. You may also want to hire an exorcist to rid your speakers of demons afterwards. Immense.

Swiss-American trio Lapcat just put out a new album on Mouthwatering Records, and to be honest it’s difficult to pick a favourite track from it. ‘She’s Bad’ might be the one most likely to get under your skin though, with Cate Darling’s vocal dynamics shining intermittent flickers of light through the dark smoke of the instrumental.

The first new Meat Wave material I’ve heard since last year’s Brother EP, and it’s a pretty succulent cut. The stomping drumbeat pokes the track along like a cattle-prod, although the neatest trick is when they bring the temperature down for the simmering, suspicious-sounding chorus, before roasting things back up again with a noisy blast of distortion.

I only clicked on this debut single from the younger Cyrus sister out of a sense of morbid curiosity, but blow me down if it isn’t actually quite good. Quirky, fresh production, a decent guest spot from Labrinth, and the odd unexpected blast of volume… OK, so the chorus isn’t great and I’ve had just about enough of that overused type of horn riff at 2:40, but the fact remains that with one song Noah Cyrus has instantly surpassed Miley’s entire back catalogue.

Hausu Mountain have put out some very curious records over the last couple of years (not least MrDougDoug’s utterly insane and highly recommended SOS Forks AI REM opus, which was released last month), and it looks like their purple patch isn’t drying up anytime soon. ‘Valley Voice’ is a generous bowl of synth spaghetti, although it’s the piquant strains of saxophone that really elevate it. The album it’s from is out next month, and would be a late contender for many an end-of-year list, were it not for the fact every fucker publishes them way too early.

I didn’t think I’d ever heard of The Cool Kids, but browsing their back catalogue made me realise I’d seen many a copy of their 2008 EP The Bake Sale sold into Music & Video Exchange down the years. Usually this is a sign of either poor quality or an overzealous PR sending out too many promo copies; judging by the superb ‘Connect Four’ I have to assume it was the latter. Hell, if this beat was a real game of Connect Four it’d be over in four moves – lethal. 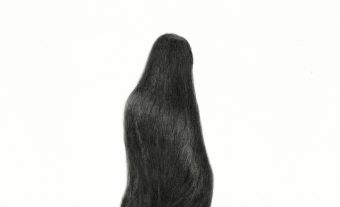 From the taut sorcery of Polish cellist Resina to the dreamy breaks of Derry producer The Cyclist, discover eight of the best recently released EPs...
Read More