Plug is a strange place. Typically a student party club (the Cheeky Girls played here last night with glitter cannons and free UV facepaint, posters advertise colourful shots for a quid), it’s cavernous with huge blown up frames from manga movies on the walls and two VIP style offshots, one decked out in plump red latex with a mirrored pole and the other with beige sofas lit up by iridescent shifting laser patterns. It looks empty tonight.

Eventually I realise that I’ve just marched straight into the wrong bit of the club, missing the massive main room. I squeeze in between the monolithic speakers and thoughtful looking post-rockers just in time for the support.

Thought Forms seem pretty decent. They play what I think is a kind of grungy post-rock with a dark gothic edge. Every now and again, they dip into a deep Sun Araw style pool of psychedelia which greatly pleases me.

About halfway through the set, Thought Forms very politely asks that the crowd gathers in towards the stage. Everyone is so bloody nice and civilised that we all meekly shuffle in. One man’s already deep in a post-rock trance, eyes closed, head swinging free.

Cut to the interlude.

I try and get a pint of Red Parallax, the beer specially brewed for the event, 65daysofstatic’s homecoming gig after a long European tour. Glitched pop mashups play in the background, bleeding into a sampled speech about how listening to static for 65 days fucks you right up. 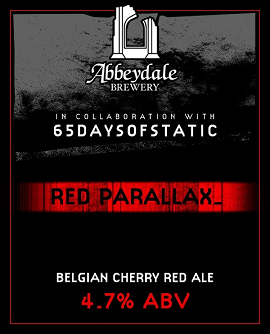 And they’re on. The super polite crowd doesn’t need beckoning this time and sweetly, gently, shuffle forward to bask in the throbbing noise.

Those speakers aren’t just for show. I’m slammed by the bass in my chest for the early electronic numbers until the band switch into older guitar based numbers with a mix of new material. The drummer switches for a drum machine, bassists to modular synths, and back again, mixing a more abrasive electric style with humming static guitar.

I can’t help but wonder if 65daysofstatic are bored with the stereotypical guitar based post-rock sound by now, having plugged away at this for almost 15 years. All members are constantly on the go, switching it up between guitars, drums, modular synths, keyboards. Gentle, delicate melodies rise into anthemic themes bobbing up on a sea of squealing bass or guitar drone. Joe Shrewsbury mugs, pushing his hands down low as a fat bassline kicks in and another guitar squall swallows it whole.

The unrelenting sheer awfulness of 2016, a red letter year if ever there was one, is the theme of the night. Joe tells the crowd that he’s glad he’s back in Sheffield where we’ve got real problems, like Sheffield Council cutting down all the trees, that he misses Leonard Cohen and that all we have, in the wake of President Trump and Brexit, is each other. I’ll wake up the day after the gig to find out that Sheffield Council have cut down all the trees in one road with a police guard at 5am and arrested 3 protesters under, bizarrely, anti-trade union laws. The excellent new material from the No Man’s Sky soundtrack and, to a lesser extent, their older stuff, exhibits a seething fury and solid determination to overcome adversity in the face of overwhelming disaster surfaces.

65daysofstatic end the set by leaving their guitars locked in ululating feedback but not before Joe tells us all that they’ve no idea what they’re doing – they’re just making it all up as they go along. 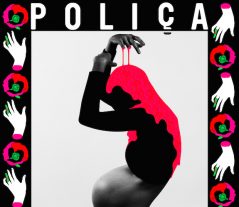