There is an innate mystery to instrumental music that, in order to convey both theme and emotion, must first be solved. To do this successfully and without tedium requires a level of craft expansive enough to fill the yawning void left by an absence of words. A decade on from their first crossing into the soundscapes of post-rock, Chicago trio Russian Circles’ sixth album Guidance is an exquisite exercise in the application of craft and both a refinement and escalation of the band’s sound.

Memorial (2013) proved to be a haunting and atmospheric milestone in the band’s progression and its deserved success resulted in two years of extensive touring. In the lull that followed and working from a long established compositional blueprint, 2015 saw guitarist Mike Sullivan amass a library of over 200 riffs and audio sketches. Subsequently, together with drummer Dave Turncrantz, a raid of this archive ensued with all the standout moments assembled and sculpted into a seven-song skeleton. As on previous records, bass player Brian Cook then filled in the low-end flesh and the band were finally studio bound.

Kurt Ballou’s GodCity Studios is a well-worn pilgrimage in the world of heavy music and one the band had previously resisted on the sensible grounds of differentiation. Deciding the new material suited Ballou’s celebrated ear for heavy tones, the band finally caved in and rightly so. Russian Circles’ worth lies in the scale of their dynamic switches and trudging crescendos, and for this Ballou is the perfect choice. Every time Guidance peaks there is a thickness and weight to each release that although present on past records was never felt with such force. GodCity Studios is currently the mecca for contemporary heavy bands and it is an honour bestowed by a slew of exceptional records. Guidance stands as another brick in this heaviest of walls.

The record opens with ‘Asa’, an ethereal four minutes of fingerpicking underpinned by faint swells of atmospheric guitar and strings. The track wouldn’t be out of place on an early Sun Kil Moon record with its lush chord progression and foreboding restraint but, as it draws to a close through a veil of radio noise and feedback, Turncrantz’s colossal toms veer into view and ‘Vorel’ begins its assault.

As Sullivan’s buzzsaw guitar breaks ground it instantly becomes clear that from the perspective of melody Guidance continues where Memorial left off. Two and a half minutes in, Cook’s bass makes its entrance and in turn we are given the first glimpse of Ballou’s outstanding influence on the album. Instead of carving the bass from the customary lower eq strata, Ballou employs Sullivan’s palm-muted guitars for the chug and places Cook’s overdriven bass atop the mix, injecting a ruinous crunching gallop into the bridge. These audio-tonic plates grind and jar against each other for the next minute until they finally erupt into the barrage of ghostly sound that litters past classics like ‘Mladek’ and ‘Deficit’.

Tracks three and four of Guidance provide the highlights of both the album and Russian Circles’ career so far. ‘Mota’ catches fire with a flickering example of Sullivan’s penchant for delay and loop pedals, the arpeggio guitars folding in on Cook’s droning keys. As the song builds so does the evidence that Russian Circles have refined their ability to judge arrangement. For a song that is without vocals and lasts six and a half minutes, at no point are you disinterested. At minute four Sullivan’s eminent tapping ability surges into the fray and along with it flashes of Station’s standout track ‘Harper Lewis’. Again the melodies and huge drums fracture into an almost black-metal outro.

Just as you catch your breath from one of the finest songs Russian Circles have ever crafted, ‘Afrika’, the album’s centrepiece, drifts down through a storm of pouring guitars and pining bass. This is however Turncrantz’s moment, and the diversity of tom-snare onslaught here is truly impressive. Again Ballou shines; as the song’s epic climb reaches its summit each instrument has its own place in the squall.

The soothing ‘Overboard’ follows and, similarly to opener ‘Asa’, provides an ominous prelude to the ambush that lies in weight. Just as the twilight menace of ‘Calla’ is beginning to feel too familiar to the work on Memorial, the band spew out a brutal half-time climax and progression is restored.

Guidance’s final bow comes courtesy of the aching ‘Lisboa’. The track feels like a welcome return to ‘Afrika’’s themes with its emotive glacial guitars and varied drums, but this time the melodies descend into a melancholic and appropriately rushed farewell that ends with a measured sense of finality.

There is no doubt that over the course of their six albums Russian Circles have developed the skill and judgement to execute instrumental post-rock in a manner which conveys emotion and theme. The beauty of Guidance is that this meaning lies just beneath the surface, with each listen providing an evolving inference that soon, a mystery will be revealed. 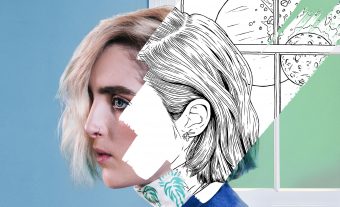 Shura's debut album may occasionally feel like a trip back in time to '80s Miami, but the talent on show is clearly real...
Read More