How I ended up coming across this album is a bit of a story.

It started while I was interning in the city of Barcelona and eventually led to me scrolling through an email back in my apartment in Florida a couple of months later. The email contained a list of artist and album names that I was completely unfamiliar with, and as someone who loves music this both frightened and excited me.

Looking through the list, the name River Tiber caught my eye. A Spotify listening session later, and I was entranced by his work.

Tommy Paxton-Beesley, a Toronto native who studied music professionally his entire life, is the man behind the name River Tiber. A singer, beat-maker and producer, Paxton-Beesley often lends his vocals and talent on collaborations with other artists.

These collaborations have allowed Paxton-Beesley to infuse the River Tiber brand and sound into pieces of music beyond his own work. However, the release of his latest album Indigo has allowed him to show the world his voice on his own terms.

Upon first listen, in my bedroom illuminated by white Christmas lights in July, Indigo as a whole drew me in with its melodic, dreamlike sound. Despite being technologically inept and not knowing how to get the new version of iTunes to play an album in the correct order, the music flowed from one song to the next. From the futuristic sounds of ‘Maria’ to the warm feeling of ‘West’, with lyrics that wrap around and serenade you, River Tiber has created a sound, which although reminiscent of other artists like Tame Impala, Bob Moses and Glass Animals, is also entirely his own.

The juxtaposition of flowing lyrics with a powerful beat caught my attention on the track ‘Acid Test’. I envisioned myself sitting in a friend’s basement listening to the track as the hypnotic movement of lava lamps illuminated the room. As someone who was born and raised in Florida and whose house would flood if I ever had a basement, the fact that this song transported me to something so vivid speaks volumes.

As for the track ‘West’, the smooth rhythm and sombre lyrics remind me of something a heartbroken traveller would sing as they sit across from me at a bonfire, the flames revealing the sadness etched in their face with each flicker.

Although a bit slow at times, the title Indigo makes perfect sense. The album captures a duality of emotions that people fluctuate between on the daily. It possesses lyrics that you feel when you are down and blue as well as rhythmic beats that make your body move.

Róisín Murphy – Take Her Up to Monto 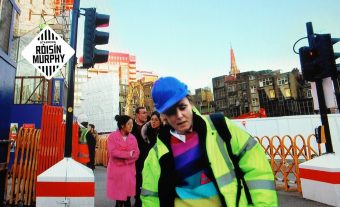