From Gaffe of a Lifetime’s glitchy goodness to Arca’s aimless ambience, this week’s Single-Minded features only a couple of slip-ups…

Angel Olsen – Shut Up Kiss Me

When did Angel Olsen turn into Louise Wener? Seriously, I can’t be the only one who immediately thought of Sleeper after the first few bars of ‘Shut Up Kiss Me’. The good news is that Olsen seems a lot happier then we last heard her on the brilliantly miserable Burn Your Fire for No Witness. The bad news is that this pales in comparison to almost all the tracks on that album. Kier Wiater Carnihan

Hard to know at this point whether Arca rubbed off on Bjork or vice versa. ‘Sin Rumbo’ finds the Venezuelan producer in his typical gothic mood, singing in a faux-chorale style while scratchy horror movie undertones rumble around him. Lyrically the track may be about aimlessness but Arca is certainly tunnel visioned, whether or not you like the track will depend totally on whether you share his. Nicholas Burman

I’ve found Clams Casino’s recent output deserving of a tepid response, though I am aware he has an extensive back catalogue producing for other people, which is what has brought him to his current level of popularity. Because of that collaborative heritage I’d expect a collaboration such as this to finally show what all the fuss is about. Sadly, it leaves me wondering why Kelela isn’t half as interesting when she’s not singing over a Bok Bok beat and, like many of the YouTube commenters, thinking maybe I should just stick with the recent Dawn Richard output instead. NB

Claustrophobic electronic fuzz interjected with an unexpected dose of soul – Kupfer’s return is heartfelt without getting soft round the edges and features just enough elation to make this the techno equivalent of putting Bill Medley and Jennifer Warnes on at the end of a school reunion (sort of). NB

Gaffe of a Lifetime – Die Young and Poor

Gaffe of a Lifetime’s GAFFE SEASON 1 mixtape is one of the most interesting Bandcamp offerings we’ve stumbled across in a while, and the wide mix of textures at play on ‘Die Young and Poor’ show why – the glitchier elements rub up against the melancholic synths like someone trying to sand down a slab of butter. “Fuzz-minded listless apathy and deconstructed American-isms come to fruition” offers Gaffe of a Lifetime’s press release, a proposition that turns out to be much more appealing than might initially appear. Investigation recommended. KWC

A welcome return for ‘Sufi, in advance of his long-awaited new album CALLUS. ‘Maniac Depressant’ is an all-too-brief taster, but its 115 seconds sound like both a mind and a studio crumbling to dust before your very eyes/ears. KWC

It’s all about bloody Iceland at the moment isn’t it? Not content with shaming us on the pitch, they now seem determined to outclass us in the recording booth too. Indriði Ingólfsson’s mournfully restrained ‘Dreamcat’ sounds more like something off the last Angel Olsen album than the Angel Olsen track at the top of the page (if you ignore Indriði’s cavernous lower register), before the soft brass and subtle synth tones towards the end elevate this to another level. A beaut. KWC

Saw this guy play in a pub once, can’t remember any of it. Not too many people are likely to remember this tune after one listen either. Saying that, his voice is reminiscent of the woozy, colloquial melodies the Mystery Jets utilised all those moons ago; if he can pluck a ‘Two Doors Down’ out of his songbook he’ll probably do pretty well. NB

Lady Leshurr feat. Wiley – Where Are You Now?

The fact that even my classic-rock-loving uncle was raving about Lady Leshurr’s Glastonbury performance means her crossover to the mainstream is probably approaching completion (deserved tbf). ‘Where Are You Now?’ isn’t the strongest tune she’ll ever put out, but you’ve got to laugh at the video director making the best of Wiley failing to turn up to another video shoot… KWC

There’s a parallel universe where this is actually a cover of a Madonna classic; in reality we get Hot Chip’s Sarah Jones giving us the original, 8-Bit-bouncy rendition. Either way I ain’t complaining. Actually, this sort of features everything great about Hot Chip (especially from their ‘Over And Over’ era) but with a much more energetic vocal performance. If PC Music cared about songs as much as they do aesthetics they might be able to produce this (as they nearly did with ‘Broken Flowers’). NB

So far Pixies have thankfully managed not to shit all over their legacy with substandard newer material, and that just about continues with ‘Um Chagga Lagga’. While it’d never have made more than a B-side during the Pixies’ prime, the psychobilly energy and commanding vocals from Frank ‘n’ Kim 4.0 (?) keep their reputation intact. KWC

The opening riff on this sounds like something Josh Homme might’ve offered Iggy for his recent album. While the vocals obviously can’t match those of Mr. Osterberg, ‘Mo Anam Cara’ still makes for a perfect soundtrack to dancing naked around a campfire after a cup of special tea (not that I’ve put that into practice… yet). KWC 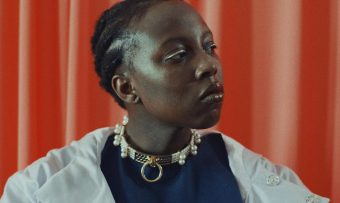 Whether you want to manage Brexit via escapism or realism, Single-Minded has you sorted. Caspian Pool covers the former, Izzjazz and Klein the latter...
Read More