Since her off-centre solo debut Ruby Blue, in 2005, Arklow woman Róisín Murphy has traversed as broad a spectrum of electronica as has been humanly or imaginatively possible. Even signing to uber-label EMI, in 2007, about which she quipped, “… I reminded them of Robbie Williams …”, failed to rein in Murphy’s untameable, creative vagrancy.

Idiosyncratic to the core, the artist best known for her outputs with Moloko gave a gentle curtsy to the mainstream masses on second album Overpowered, at whom she then threw a Mercury nominated curve ball with her 2015 release, Hairless Toys. An homage to the glory days of ’80s NYC, Hairless Toys was coloured by blocks of futuristic ambience and pure-as-the-driven Studio 54 dance ‘trax’ fit for an outré rainbow-themed club-night.

During the ‘Toys’ sessions, on which Róisín Murphy worked with long-time collaborator Eddie Stevens, an abundance of release-worthy material was demoed putting the Irish woman in the enviable position of having around half an album’s worth of musical carry forward. While there is a continuum of the nostalgia of Hairless Toys, Murphy’s new album Take Her Up to Monto is a lot more present tense. Focussing on the performer’s personal feelings and her experiences of “the London that I live in”, it is much more grounded in the now.

There is something of a twist in Róisín Murphy giving the title Take Her Up to Monto to an album centred on 21st-century London, for Monto, short for Montgomery Street, was the nickname given to the early 20th-century red light district of north inner-city Dublin, immortalised in Joyce’s Ulysses (more of which later). Having said that, given the title’s personal connotations (Murphy’s father used to sing the infamous Dubliners ballad ‘Take Me Up to Monto’), it is yet another ‘signature’ stroke on an album filled with personal touches.
Take Her Up to Monto comprises nine tracks of mixed and sometimes uncategorisable genres, and that, folks, is the beauty of Róisín Murphy, and possibly the reason that she is not a worldwide superstar like Lady Gaga.

Like a box of full of misfit building blocks, Murphy’s songs, if they can even always be called that, are not for boxing or labelling. They float out into the universe like an errant spirit, constantly flouting even the most basic of rules, including gravity, whilst wilfully finding their own form and way.

This musical ménage à neuf opens in the abstract lunar landscape of ‘Mastermind’. This is sonic sci-fi in the mould of a more fussy, less dancey ‘Absolutely Flawless’, that has had the kitchen sink of echoey electro noises and avant garde vocal harmonies thrown at it. Talky vocals on a bed of electronic loops, and a meld of Donna Summer disco grooves with Jarresque ’70s electro-classical synth melodies combine to give this track the same new age quirkiness as Hairless Toys.

‘Thoughts Wasted’ has a chorus as bewitching as the most deliciously elegant chiffon-clad ballroom dancer, while the tick-tock string samples alongside some febrile randomers give the song a frenzied atmosphere. That comes to a dead stop at 3.30, when singer turns narrator and the songs dissolves into an abstract Joycean outro in which Molly Bloom’s ‘Sensual World’ soliloquy takes centre stage.

“He had to find religion to measure his evil against
Too much information, too much time has passed, too much history,
Humans are fucked”

‘Ten Miles High’ is a bit like a teaser for an ’80s sound library, Mode ‘Pipeline’ samples included. Dotted with splodges of elephantine electro sounds set against push/pull forces of the struggle between positive/negative electrons, this is a track that has rhythmic experimentation at its very core. Not for the first time Róisín Murphy’s vocal takes a turn for the Grace Jones, but for the most part her voice is at its most playfully delightful.

In stark contrast is the utterly beautiful ‘Whatever’. Its fairytale-like etherealness summons the dreamy image of Murphy’s illuminated face floating in a rippling pool of crystal clear water, delicately invoking the gods of magical fantasia and hypnotic harmonia.

Otherworldly ‘Nervous Sleep’ does what it says on the tin … listening to it is like being stuck in a half-dream. It starts slap bang in the claustrophobic stasis of a city-centre jam before sliding into an eerie Tales of the Unexpected meets Twinkle. Once again the vocal is reminiscent of Grace Jones and what springs to mind is this. If ever a female vocal could DO Pratchett’s DEATH! Think War of the Worlds narrative, experi-synth style.

Album highlights are ‘Pretty Gardens’ and this reviewer’s personal favourite, ‘Lip Service’. In the former, staggered sonic stuttering is in contrast to the slick jazz vocal that is Róisín Murphy at her best. Handclap beats are immersed in various electronic vagaries of varying levels of intensity. Murphy gives this her best breathy Marilyn, only falling short of the ‘boopboopeedoo!’ Oddly my mind wanders to ‘Hey Big Spender’ but let me get right to the point, for charisma, finger-click compulsion and jazzy pzazz, this is the “imperfect” choice.

Oriental décor, ’70s calypso synth beats (de rigeur at all the best fondue parties, ja!), oooh oooh’s and smooth-as-Bordeaux-red-wine-lipped vocals, along with the most subtle of china-delicate piano sequences, create the lazy lounge landscape of ‘Lip Service’. This is a retro menagerie of angelic and velveteen proportions. The Mikado set in a The Good Life garden party, on a cheeky love-filled summer’s night.

Take Her Up to Monto drifts to a nice-n-easy end with ‘Sitting & Counting’, in which molten music slides down the sides of Murphy’s husky vocal. The fabric is made up from a menagerie of jewellery box, fairground and ice cream van tunes chopped up and distorted. Like a lopsided lullaby it brings the high/low swings and roundabouts of this intriguing musical fairground to a soothingly slow carousel close.

Róisín Murphy is a creative itinerant. An endlessly talented musical gypsy, who never ceases to rove down winding paths collecting a bric-a-brac of sounds; eclectic, intense, weird, comedic and classical are all melted down and reshaped with exquisite eccentricity. Once fit for purpose, these customised sounds are used to craft such idiosyncratic and complex intrigues as Take Her Up to Monto.

Created by a galactic imagination, performed with complex ease and pulled off with mischievous humour, Take Her Up to Monto may not be the most straightforward or marketable of albums. However, in an age where repetition and ‘catchy hooks’ have replaced bravery and uniqueness, and when Grazia-style fame is more important than creative individuality, the wacky world of Róisín Murphy is a shooting star from another orbit that tantalises, dazzles and excites in a way unlike many others. 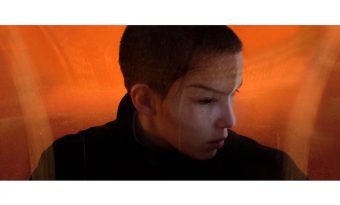 Raime's latest record is a lesson in restraint, but the Blackest Ever Black duo's tweaked formula might be more fitting for a stage or a film score...
Read More