What do you get when you stick a broke college student in a deserted small town for a blazing hot summer?

A lot of free time, most of which is spent indoors to avoid the certain heatstroke that lingers outside the confines of my nicely air-conditioned apartment.

Luckily, I am a college student armed with a laptop and a passion for music who decided to spend my days combing the internet for the best underground EDM.

You see my love for music started in the seventh grade when I convinced my dad, after much nagging, to let me see All Time Low and Mayday Parade at a small venue in South Florida. After waiting in line for what seemed like hours, I finally made it inside the crowded and sweaty room where I was surrounded by people much taller than me. None of that mattered though. When the lights dimmed and the crowd fell silent I knew in that moment that this was exactly where I was meant to be for the rest of my life. I have known it in every lyric I have sung along to since.

I went through a lot of phases to get to where I am today musically. I struggled to learn how to play the guitar, and much to my brother’s dismay, gave up the same day he bought me a capo. I went through a punk rock/screamo band phase that regretfully involved way too much eyeliner. There was even a time when my friends could have described me as a PLUR princess. I never wore the fuzzy boots, but you can best believe I still have a bag in my closet with all of the beaded bracelets.

Today, I am thankfully in a position where I can bring you the best underground EDM from around the world, and I hope that after I’ve recounted my embarrassing teen years in brutally honest detail that you will trust me.

I spent a lot of time thinking about what to write for this section of the column. My roommate can even attest to the fact that I relentlessly bugged her for weeks with my potential ideas. After barging on into her room in the middle of the night one too many times I’ve come to two conclusions: the first being that I am still unsure what shape this part of the column should take on and the second being that my roommate really does not like it when people interrupt her sleep.

That being said, this part of the column is something of an experiment. Part news-oriented, part educational and part opinion-based, this section will grow and change as the column matures. After all why make something static when the only constant in our lives is change?

While combing the internet for topics there were two news pieces that caught my eye. The first was news of the unsanctioned Electric Love Music Festival, which will be held in August in a remote area in British Columbia, Canada. The second was news of the EDM-themed movie XOXO set to be released on Netflix later this summer.

These two stories caught my eye because I believe them to be part of two larger and developing trends: a movement back towards the underground, unsanctioned raves thrown in abandoned warehouses that started the EDM scene and a movement towards EDM artists making money through avenues not necessarily related to music.

My first exposure to EDM was through Ultra Music Festival in Miami, and for as long as I can remember my Twitter timeline has been dominated by large scale and well established festival line-ups. However, I can’t help but wonder if the news of an unsanctioned music festival in Canada is a step back in time to the beginning of EDM. To a time when creative, do-it-yourself people threw unsanctioned raves with underground acts in old warehouses. The requirement of permits has made the scene more safe and regulated, but has that regulation stifled creativity and will this event, if pulled off successfully, start a trend that effectively takes the scene back to its roots?

Lastly, I want to talk about the crossover of EDM artists into other moneymaking avenues. It is quite common for celebrities to design clothing lines, create perfumes, work as spokespeople and star in reality television shows. However, this isn’t as widespread a phenomenon in the genre of EDM. DJs own record labels, host radio shows, curate music festivals and perform at events, but at the end of the day all of that is focused on music. However, Netflix, with their upcoming release of XOXO, could change that.

The film, which follows an up-and-coming DJ on his journey to get to a show he is playing, has BBC Radio 1 DJ Pete Tong as its music supervisor. What will we see next? DJs starring in television commercials for face wash? That’s a bit of an exaggeration, but in my opinion this potential trend isn’t so much selling out, as it is DJs taking advantage of expanding opportunities as the world of EDM becomes more popular and the ability to make money in music becomes more fragmented.

The first time I saw Bells and Robes the duo took the stage in matching black silk robes and I thought to myself now there’s a pair of guys who have figured out the secret to life: no pants. Luke Sipka, who plays live keyboard, and Dean Spaniol, who plays drums and triggers samples, left me utterly speechless after completely dominating their set on a purple-bathed stage in an intimate room. What makes Bells and Robes so unique is the fact that their music is a mixture of the high energy that a dance DJ brings to the table and the unpredictable improvisation of a jam band set. Their How Could We Have Known EP, released in 2016, fuses together a little bit of rap and a lot of dream-like vibes with high-tempo beats.

‘Latchkey’ feat. Flat Land is the second single from the duo Bells and Robes off of their latest EP (see above).

This track is the Candle Weather Remix of ‘All That’s Left’, feat. Joni Fatora, originally put out by Manila Killa. Candle Weather makes up half of the producer duo Hotel Garuda.

‘Lana Del Dre (Tep No Flip)’ is a track by producer/DJ When in Rome, formerly known as Thomas Welch. 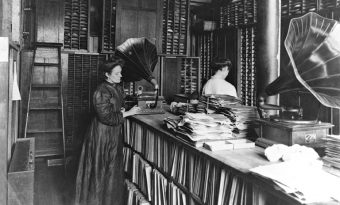 Furious invective, soothing ambience and washing machine spin cycles - investigate what we consider to be the best albums of 2016 so far...
Read More