Temples Festival gets cancelled less than a week before it’s due to happen because of “bad business decisions”. Thankfully The Fleece in Bristol step in and put on an impromptu show featuring a chunk of the bands who were booked to play on Saturday. Kudos to them and the acts who postponed their show to let this happen. 420 metal fans who were lucky enough to get a ticket breathe a sigh of relief. (Myself included.)

It’s hard to discern if the bands who play earlier on are any good or not as the sound is so muddy – everything lost in a swamp of sub. The sound person could maybe have adjusted the volume and EQ to compensate for the venue not being full – but no. Shame.

Thankfully by the time Årabrot hit the stage the sound has improved. This is the third time I’ve seen them play and each time it’s a different line-up with frontman Kjetil anchoring the band. Årabrot are ferociously good live – the new LP tracks that are aired sound better for the rawness and volume today. I’m not fully convinced by the new album, preferring the riffing brutality of the previous LP, but live – yeah, making sense. Årabrot encapsulate their obsessions with sex and death beautifully live, blasting through like a force of nature. They’re probably the sexiest band alive making this kind of racket.

All Pigs Must Die seem to have the biggest, most vocal and most boisterous fanbase here today, which makes sense considering their macho take on hardcore punk colliding with metal. The riffs are brutal, tearing and precise – military precision and utter focus creating a visceral, thrilling, white-knuckle ride. We even get a moshpit and crowd-surfing. Most enjoyable.

Dragged Into Sunlight take a leaf out of metal’s theatrical handbook with their dark ambient electronics intro tape and goat skull-adorned candelabra taking centre stage. The term “extreme metal” could pretty much have been coined for these guys as I feel like I’ve been sandblasted with sound by the end of their set. It’s fierce, bleak and uncompromising but for all their talk of channelling hatred and misery it also feels life-affirming. Like a howl of defiance when facing the inevitability of the void or the sheer lunacy of humans. 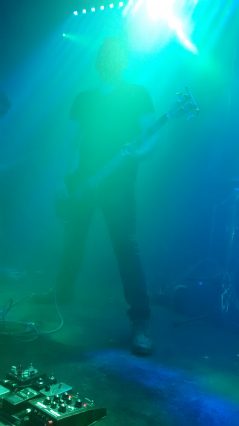 Bongripper are up last but worth the wait. “Miserable Chicago doom” to quote the band. A four-piece instrumental group, Bongripper draw as much on post-rock as metal for their sound. And what a sound – beautiful deep resonant frequencies combining at a head-nod trawl that doesn’t let up for the duration, but ebbs, flows and continues to build. The band have an almost telepathic precision that goes way beyond being merely tight and are clearly total masters at what they do. I’m eventually in a trance-like state, sense of self obliterated by huge sonics and ale, and an hour zips by in next to no time. Guitars drone in feedback unison before all amps are switched off simultaneously and Bongripper are gone with as little fuss or ceremony as when they arrived. No fanfare, no messing, no bullshit – just set up, play, job done. Out.

5 global acts to check out at Primavera 2016 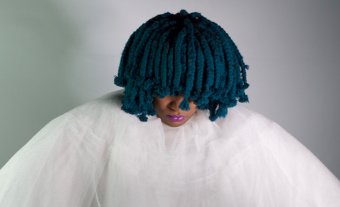 As Barcelona starts gearing up from Primavera 2016, we look beyond the headliners to suggest a handful of acts worth making a detour for...
Read More