Good Music works without a genre.

You’ve probably never heard of her. But if you’re into obscure music and the slightly abstract, there’s a good chance you’ll enjoy Ofrin’s new post-rock/post-pop, not-really-classifiable concept album Ore released on May 6th. There Ofrin guides us through a world of mysteries and darkness, in search for something that isn’t quite deﬁnable.

An independent woman, Ofrin takes on the role of singer, songwriter, composer and producer at the same time, next to being a video artist. With the break of long-time partner Oded K., she says goodbye to jazzy vibes and avant-garde-pop and ventures on into new directions. A path not easy to follow if you’re looking for a genre, clear musical styles, or even instruments. Ore mostly lives off of Ofrin’s haunting voice, sometimes accompanied by smooth electronic sounds, sometimes by trip-hop or bassy beats or a breeze of post-industrial pop.

While the majority of the album is soft and melodic, the rhythm suddenly changes with the third song ‘Sisyhpus’. Trip-hop predominates, the music gets faster and evokes a sudden desire to dance. Still the expected drop remains hanging in the air. Before the hooklike, the beat reverts back down.

With the track ‘Tunnel & Sea’, the album moves in the direction of electro-pop. The song is carried by its sexual innuendo. What remains a vague allusion with the words “I am the tunnel, you are the sea”, reminiscent of chanson-pop-rock legend Serge Gainsbourg’s ‘Je t’aime…moi non plus’, becomes direct with the next verse: “I am the one that you really wanna do”.

‘Snake It’ evokes anxiety through its fast successive beats, while ‘Coming Over’ sees drums and rattles produce a strong rhythm reminiscent of tribal and rural blues. With ‘Everlasting Sun’, psychedelia ﬁnally comes into play. The melody of the keyboard is again intensiﬁed by the synths, and Ofrin’s melancholy voice draws us closer into her world: a world full of uncertainties, oppositions and unexpected sound combinations.

Fittingly, the last track is entitled ‘I’m Gone’. Where to remains open, but we’d like to ﬁnd out. 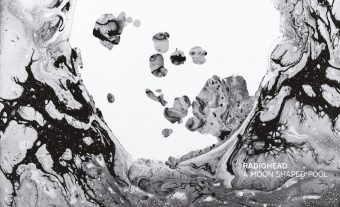 Radiohead's latest album has been somewhat overshadowed by the event of its own release - and by the release of another recent album too...
Read More