Sonar isn’t all about partying… it’s only mainly about partying. However, festivals are continuously diversifying; along with more tech-savvy sets (visual installations being a key trend over the past few years) from producers fiddling with Ableton Live and DJs alike, the electronic music scene is, unsurprisingly, always looking to what technology may offer up next.

Sonar is one of the most established and respected events to bring tech into its programme with their +D concept. Complementing the forward-thinking nature of its crossover line ups, +D often platforms a wide array of interesting and enticing events and installations that fuse music production, performance and sheer geekiness (and nothing wrong with a bit of beard-scratching when it looks nice, eh?).

For those attendees least suffering from sunburn and a hangover, the Congress side of things gives people an opportunity to hear professionals speak on a range of topics. 2016 will give the crowd the chance to hear household names such as Brian Eno and Jean-Michel Jarre talk about the creative process and technology’s role within it, while organisations such as the BBC and Spotify will discuss the role of algorithms in music curation (we wonder if conferences will still be chosen by committee come 2020?).

People more likely to just want to play with cool shit will do well to spend a bit of time in the multilevel Expo Area. There will be a host of interactive experiences to tuck into, from the merging of 3D and Binaural Sound [what? – Ed] to something that helps you control everything with your eyes (named ‘Eye of Horus’) and 3D printing, all while Sonar operate an Innovation Challenge, where a panel of experts will try to solve problems suggested by the music community.

Sonar festival takes place 16-18 June, and our recommended musical highlights include Congo Natty, Alizzz, Lady Leshurr, Nozinja and Yung Lean. Get all the details over on sonar.es. 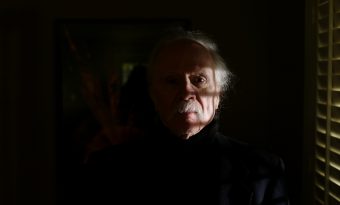 We're already salivating at the prospect of this year's Simple Things festival, especially now we know John Carpenter will be closing it...
Read More