The wondrous Raw Power Festival is crawling ever nearer, like a drunken snail covered in band tattoos and fag ash. To fend off the boredom until it finally arrives to rough us up, here’s interview part two of our three part festival preview.

This year Baba Yaga’s Hut have organised a Raw Power Festival bill that looks just as diverse and interesting as ever, but there is one band that stands out as slightly different to the rest, and that band is Slabdragger. Their superb brand of intricate stoner/sludge-metal riffage is unlike any other band on the line-up and it will absolutely tear your face off.

Bassist and co-vocalist Yusuf Tary was kind enough to answer some questions about the band, their new album and what makes Slabdragger tick.

How did you all meet and come to form Slabdragger?

Sam [Thredder, Guitars/Vocals] and I were in local bands in Croydon. We both used to play in metal/hardcore bands and just kind of met out of mutual interests. Sam wrote and recorded the first song for Slabdragger, ‘Splice the Mainbrace’. He asked me and original drummer Matt [Byrne], if we wanted to form a band playing sludgy/stoner music. We agreed and went on to form the band.

You’ve just released your second album Rise of the Dawncrusher, a monster of an album. The songs on the album are very multifaceted, with many different metal styles and time changes touched upon, how did you go about writing them?

We just sort of kept the same approach we had before on our debut, Regress, but had more ideas/concepts musically. One of us will write a riff that is almost very standard but has a strong vibe. We will then twist it into something more unpredictable, like adding different parts to a riff or adding extended bits, to keep it interesting. It’s easy to write music like this that’s ‘lazy’, playing the same thing for 10 minutes for the sake of being loud and ‘doom’. But that gets boring and people (ourselves included) see through that eventually. At least if we are going to write a 15-minute song, we’ll take you on a bit of a roller coaster.

How did the recording of Rise of the Dawncrusher compare to Regress? Was it more complicated?

It was and it wasn’t. We knew what we wanted to do and how we were going to do it. But in true Slabdragger fashion, we ran into obstacles such as line-up changes [resulting in drummer xxxx joining the band], recording problems, etc. We also spent time procuring extra equipment such as a variety of amps, synths and recording equipment. There are something like six guitar tracks that run through the album. All recorded with different amps so we could get really creative with the tone.

Did you set out at the start of planning Rise of the Dawncrusher with the idea to create a concept album or did this evolve from the songwriting?

It started out as a concept record from the get go but the story evolved considerably. In the beginning we wanted to write an album about what it would be like to travel through the Earth from one side to the other, describing the visual elements. From there, it ended up becoming a science fiction adventure with characters and a plot.

How did you come up with the sci-fi story, and what drew you towards that genre in particular?

Well, we tried to think of where we would go after Regress. Regress has many Earth-themed elements to it, such as songs about sea journeys, mountains, etc. The cover is of a giant mountain, so even visually it has a natural Earthy presence. I said to Sam we should write a space album. It just seemed like the next obvious, logical, step. I am also a bit of a sci-fi fan so I knew I was going to have fun doing this.

I’ve read elsewhere that you started writing Rise of the Dawncrusher as far back as 2012, but its release was delayed until 2016, could you tell us a bit about why that was?

Many different reasons. In that time we had two drummers leave for various reasons. We had some packaging delays, Sam got ill with a collapsed lung. Whatever could have happened happened! Also we record at Sam’s very own Cro’s Nest Studio, Purley, so we also have to work around his schedule – whether the studio is free or not. Not to mention we had to delay recording as we had technical problems with recording software in the studio whilst trying to record. We got there in the end and I could not be happier with the result.

How has Rise of the Dawncrusher transferred to the live show?

Really well, so far! We have yet to play the album in its entirety but we shall do it at some point. The songs are very long so for most shows, we only end up playing two or three songs maximum. But the vibe feels really good onstage whenever we play these songs.

You keep everything very DIY. Do you find it difficult to maintain being a DIY band? How does working with promoters like Baba Yaga’s Hut help?

We are very DIY. This is because we live in an age where it is totally possible to release your music to the world off your own back. It’s all at your disposal, you just have to be willing to learn and put in the work. Can’t afford to record? Learn how to record yourself. Can’t find anyone to put you on? Put on your own shows. Can’t afford guitar lessons? Pick up the guitar and hammer the shit out of it. Younger bands should start learning to rely only on themselves and I believe many of them are slowly beginning to do that. I think we’ve only played one Baba Yaga’s Hut show and we were treated very well, they know and understand what it is to be DIY, so bands like us will go hand in hand with them.

Have you had any past experiences of the Raw Power Festival? What drew you to playing it?

I’ve never been to Raw Power before but heard and seen great things from it. Anthony from Baba Yaga’s Hut invited us to play and it was a pleasure playing his show before, so we were delighted to be invited.

What can newcomers to the Slabdragger live show expect to see at this year’s Raw Power Festival?

Giant, asteroid-sized riffs in the form of punishing sludge/doom metal. We have many twists and turns in our songs, so there should be something for everyone.

Are you looking forward to seeing any of the other bands on the Raw Power bill?

There’s been a rise in the popularity of metal and specifically doom music recently, what do you think is the reason for this?

I’m not sure and I’m not massively bothered to be honest. Things come in and out of popularity all the time. I think with things like Doom/Sludge/Psych music, there is a lot of room for open-mindedness to try different things. What I love is that there are so many different bands that would fall under these genres yet sound totally different, keeping things more interesting and relevant. You do not get this so much with other forms of extreme metal because there are certain boundaries you don’t really cross before it becomes something else. With this kind of music, there is a little more leeway.

As the Raw Power festival is named after a legendary Iggy & The Stooges album, which Stooges song would you pick to represent Slabdragger?

What are Slabdragger’s plans for the future?

We are just going to keep playing and writing. We love that our music is getting such a positive response, but ultimately we make this music because it gets our blood boiling and just makes sense to us. If we can make others feel the same as we feel, then that is a beautiful thing.

Slabdragger play Raw Power Festival in the Boston Music Room on Saturday 28 May. I highly recommend you check them out. Grab a copy of Rise Of The Dawncrusher and get blitzed. 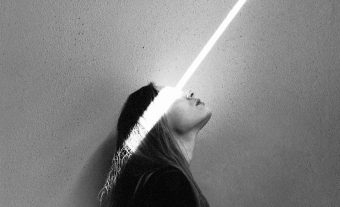 Unclassifiable sonic warriors Teeth Of The Sea talk to us about Raw Power, performing at CERN and indulging all of their wildest cultural fantasies...
Read More