Is this the most well-travelled MPEGs Eleven to date? Seeing as DOOMSQUAD’s mission to Mars kicks off our rundown of April’s best music videos, then yes, probably…

To be honest, I don’t have a clue what’s going on in this DOOMSQUAD video, so I’m going to let the band explain it. “The video is about the cyclical nature of time in correlation with memory, biology and the environment. It examines the polarities of drought and abundance, barrenness and vitality, male and female, singularly and plurality through a psychic quagmire of astral dust and mirrors.” OK. Cheers DOOMSQUAD. Can’t say I’m any clearer, but great video.

One of several videos this month that basically functions as a mini-documentary, ‘Rhama’ explores the exotic world of Pakistani ‘Kushti’ wrestlers, who meet in the Dubai dunes every Friday evening to grapple the shit out of each other. Skilfully directed with some beautiful aerial shots, it’s an intriguing insight into a rarely seen side of the Middle Eastern metropolis.

Some impressive use of stop-motion makes this a particularly eye-catching clip. The composition of each shot is fantastic, creating an engaging series of scenes that evoke teenage suburban alienation. (Which admittedly might be slightly more realistic if the subjects didn’t all look like models…)

The reptilian rock ‘n’ roll of Guadalupe Plata gets a suitably shadowy animated video courtesy of director Ciler, who calls it “an episode of psychedelic mental chaos”. The style (and imagery, come to think of it) recalls comics artist Ben Templesmith at points, which is never a bad thing.

Our second documentary video is as engrossing as the Flamingods clip above, although significantly more upsetting. ‘Crystalline’ highlights the hideous practice of ‘Pasung’ in Indonesia; the process of shackling and imprisoning people with psychosocial/mental disabilities. Mhairi’s trip-hop stylings are suitably tear-stained, and all proceeds from the single will go to the Yayasun Galuh Rehabilitation facility where the video was filmed.

This isn’t strictly a music video (and I’ve also just realised it was actually uploaded at the end of March) but sod it, it’s too good not to include. A love story set in a carpet shop, soundtracked by the always delectable techno of Objekt? What’s not to love? Especially when you emerge with a deeper knowledge of the history of carpet-making too.

To Azerbaijan, where film-makers Joscha Kirchknopf and Andera Grambow chose to shoot the video for Swiss duo Odd Beholder’s ‘Landscape Escape’. Featuring stunning shots of the country’s oil fields and some amazing examples of the national dance, the Azerbaijani subjects were invited to collaborate fully in devising the concept too, allaying any underlying feelings of exploitation that can sometimes dog projects that hinge on a location’s otherness.

In a rarity for a music video, Olefonken’s song was actually written to fit the visual, which was rejected by the artist it was originally created for. Seeing as it revolves around the uncomfortable juxtaposition of S&M kink and childhood sexual discovery, you can kind of imagine why. Still, in conjunction with fellow Norwegian artist ARY, Olefunken has created a song that subtly complements the powerful yet oddly intimate imagery of the video.

Featuring another dose of Norway (and some other chilly and isolated settings), this eye-pleasing series of landscapes makes a winning accompaniment to Parc En Ciel’s tribute to theoretical physicist Dr. Richard Feynman (the album’s out now on LuckyMe and well worth investigating).

The debut mixtape by Subculture Sage (available for free from their Bandcamp) revolves around the duo’s London hometown, but the video for ‘Gold’ takes the song’s title a little more literally. Director Ricky Patel gives us an insight into the lives of desperate gold miners in Red Church, Zimbabwe, showing how much gruelling labour they have to put in to find even the smallest nugget…

… And so to bed. Although hopefully a more comfortable bed than the one Simon Willows offered to the stars of ‘Touch’. His transparent, reinforced perspex berths allow us to see the underside of his snoozing subjects as they doze, with amusing results. Night all… 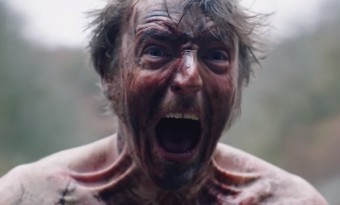