With Radiohead burning witches and Stormzy acting scary, it’s no wonder Cerise is hiding in the shade of this week’s Single-Minded…

A pretty by-numbers pop track in 2016 terms, all tropical beats and those Diplo wailing sounds in the background. Will work on radio, although if I heard this on the radio I’d have no clue it was Ms. Keys singing it. Nicholas Burman

It’s rare to hear a modern indie act communicate anything but a bunch of tired influences, so this track by Cerise is extremely refreshing. Imbued with an oddly uplifting sense of emotional weariness, the honeyed vocals drip off ‘Shades In Shade’ in a way that would do Hope Sandoval proud. Kier Wiater Carnihan

On the one hand, it’s hard to say whether the world needs these sorts of seven-minute indie disco excursions any more. On the other hand, if this had been on Hot Chip’s last album, it probably would’ve been the best track on it. KWC

You have a bit of a problem when the guest vocalist makes the main artist sound like they should only be doing the hook. NB

‘Fine Dust Rising’ starts off sounding like it could be a bit too twee to truly captivate, but the way it gradually, gorgeously blooms from simply plucked seedlings is pretty impressive. The other side of this AA release, ‘Deep Bright‘, ain’t bad either. KWC

We all knew it was coming, but that didn’t stop everyone losing their shit when Radiohead’s web presence suddenly disappeared, before re-appearing in the form of ‘Burn The Witch’. It’s not the catchiest of comeback singles admittedly (and much more reliant on major harmonies than their usual output) but the prominence of Jonny Greenwood’s sparkling string arrangements bodes well for the album. However, considering the current furore over YouTube’s pitiful royalty payments, and Radiohead’s previous outspoken attacks on the (more generous) Spotify, isn’t it a bit odd for ‘Burn The Witch’ to have materialised on both platforms? No doubt a thousand thinkpieces are being penned as we speak. Still, the Trumpton meets Wicker Man video is great – ‘Feel good hit of the Summerisle’ as someone cleverer than I (Neon Kelly, to be precise) remarked yesterday… KWC

Between the title and the sexy, slinky guitar licks, you’d be forgiven for thinking this was an inadvertent Prince tribute. It’s a luscious, lounge-friendly production regardless, although compared to the fun-size fragments of some of Semi Precious’ previous releases, it seems slightly over-long at four minutes. KWC

As a stop-gap until the album I guess it’s to be expected that ‘Scary’ is mainly self-aggrandising hype. Not that Stormzy isn’t pretty good at that, but with grime being so ubiquitous for the past twelve months, and a full Skepta album (finally) around the corner, the genre will need to evolve a bit to still be exciting in another twelve… NB

Upset The Rhythm have been in pretty blistering form recently, and Melbourne four-piece Terry continue that in fine style on ‘Don’t Say Sorry’. Although why anyone would ever feel the need to apologise for this sort of colouring-outside-the-lines indie-punk ditty is beyond me. Rest assured, if Courtney Barnett had written this it’d already be A-listed on 6music. KWC

If Tame Impala had any edge they could probably produce something like this. As it is, leave the Aussies at the door and allow the fuzz in instead. NB

The warped visuals are engaging, and the track itself has a warm, hypnotic quality to it. I’m amazed that a track by such a big committee has this much focus. NB 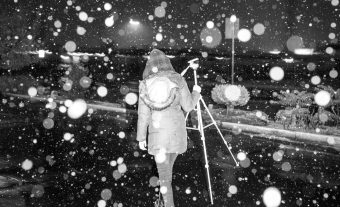