This week’s singles column finds itself haunted by Snow Ghosts, Nolan the Ninja and Klaus Johann Grobe among others…

I wasn’t the biggest fan of Animal Collective at their best of times, and having read long-term fans’ disappointed reviews of their new record, I wasn’t holding out much hope of enjoying their new stuff. And it turns out my suspicions were correct. ‘Hounds of Bairro’ sounds like a rough version of a track that’s accidentally been sent off to the mastering suite. Nicholas Burman

Heart-on-sleeve, romantic hip-hop can suffer from cliché, and ‘Orphans’ doesn’t break that trend. While the beat is pretty in its simplicity, the lyrics make it seem a little too much like other tracks I’ve heard 100 times, and I didn’t particularly enjoy those to begin with. NB

Mellow trap which breaks into a promising epic element three quarters of the way through. Unfortunately this is bookmarked by a loop that isn’t engrossing enough to keep interest through to the end.

Troubled Mind is perhaps the best record label going for putting out new music that sounds like it’s just been dug out of a particularly profitable crate. This track by Klaus Johann Grobe is a great case in point, sounding like a German version of Doug Hream Blunt given the Metronomy synth treatment. Kier Wiater Carnihan

‘Receiver’ starts off like a muted version of the workmen currently digging up the street outside my flat, which isn’t the most auspicious initial association. Luckily it swiftly improves with some ghostly vocals and synths, whilst remaining resolutely discordant throughout. Compelling but hard to love. KWC

Was unsold on the late ’00s indie vibe at the start, although the ending turns crunchy and adds some weight to the proceedings. Again a track which fails to do enough to warrant being longer than 90 seconds. NB

Some nice squidgy beats courtesy of Scottish producer Makeness, with a wonkily playful sensibility that enlivens it beyond the more dour techno slogs around at the moment. KWC

We don’t feature many tracks as ambient as this on Single-Minded, but this one’s worth sticking on for its absorbing sci-fi aesthetics and oh-so-gradual synth eruption. KWC

The latest hip-hop missive from the uncompromising Nolan the Ninja is only two-and-a-half minutes long but he manages to fit an impressive amount of bars in regardless, with his flow at times resembling Eminem at his most furious. The production is what makes it though, a lo-fi, industrial effort that keeps the tension high. KWC

Wlesh duo 9Bach are back and as gloriously pensive as ever on ‘Llyn Du’. It’s a quiet, subtly ear-catching number, with a snow-dusted video to match. KWC

You can always rely on Oliver Wilde to understand the power of understated melodies to add colour to proceedings. ‘Bifida’ is purely an in-between album stop-gap, but still manages to be 75% more interesting than what the majority of the indie scene produces on lead singles. NB

Eamon Murtagh first brought Snow Ghosts to our attention in one of his first Haiku Reviews, and we’re pleased to report they’re sounding better than ever. ‘Lied’ has a doom-laden vibe that will be familiar to fans of Chelsea Wolfe, with hissing beats and some effective dynamic shifts making for an intense six-and-a-half minutes of foreboding. KWC

Single-Minded: Cadenza at home on 'Hacienda' 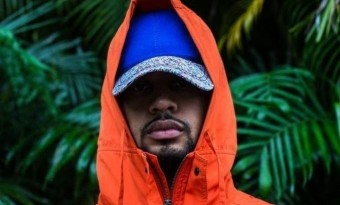 This week's singles column sees us get in Gold Panda's car, meet Velcro Hooks' chinchilla woman and call Cadenza on Happa's blackberreh. Or something.
Read More