Featuring both the silliest synths and silliest rap of the week (“We bumping round like a party of T-Rexs / Wearing tiny little freaky dresses”), Norweigan quintet Broen’s latest track is like asking for a slice of birthday cake and getting the whole thing dumped on your plate instead – fun, but almost overwhelmingly so. Kier Wiater Carnihan

Chelsea Wolfe’s recent output has been largely about power and volume, but ‘Hypnos’ harks back to early albums like The Grime And The Glow where the noisier tracks were frequently followed by quieter moments. ‘Hypnos’ is beautifully sparse, and shows that the production on Wolfe’s tracks keeps getting better and better. KWC

The punchiness of ‘Shox’ is cool but the simplicity feels more underwhelming than effective. Nicholas Burman

Well this is just great. Grime is often at its best when it plays with less aggressive textures, and the rainbow synths of ‘Ascend’ help lift the already more than solid bars to another level. KWC

The opening forty seconds had me expecting a sideways piece of experimentalism, which sadly never materialises. ‘Restless Child’ instead moves into more ordinary pop territory with splashes of Animal Collective colour (minus the psych harmonies), though the vocals don’t really help to lift the track to any engaging climax. NB

From a track that sounds like Animal Collective to one named after one of their members. This drifting track is better than anything else bearing Avey Tare’s name at the moment, to be fair. I mean, have you heard Painting With? What the hell was that all about? KWC

Sarah Neufeld – We’ve Got A Lot


Sarah Neufeld’s latest album is significantly more pop than her last minimalist LP, and tracks like ‘We’ve Got A Lot’ show she’s made the jump pretty well. While I will admit to still preferring her earlier work, this is a must for anyone who liked the last Julia Holter record but wishes it had been a bit more energetic. KWC

Shopping – Take It Outside

Like Shopping but don’t know how to dance to them? An unlikely scenario seeing as it’s pretty much impossible to keep still while listening to their jerky post-punk, but the new video for ‘Take It Outside’ features some useful instructions to make your Shopping experience better drilled than ever. KWC

The boys have obviously been taking a lot of notes from Mumdance recently. That producer’s weightless sound design elements are all over ‘Pitch Black’ – though this is no bad thing, as this track moves Subculture Sage from R&B-influenced slow jams to a much heavier rave atmosphere. The vocals aren’t quite grizzly and gruff enough to make this a killer track but the vintage bleeps and vocal samples are more than enough fun. NB

It took me two listens before I realised the combination of UK garage, African percussion and Temi Dollface’s vocals had me sold. The sort of British pop that should get into the charts and prove that we don’t always have to look to the US for stars. NB

This multi-layered, polyrhythmic track could easily be a mess but it manages to just about hold itself together, bubbling its way into your ears. Complex flavours that slip down easier than you might expect. KWC 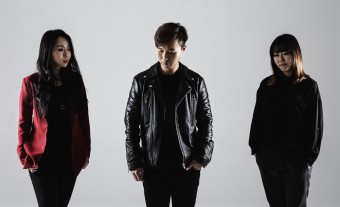 South Korean trio Jambinai are just one of many reasons to take a trip through a particularly eclectic Single-Minded, which runs from Adolescent to Zayn...
Read More