When Syd tha Kid entered the stage with a beatific smile, I knew that she would own the show. And yes, she did. As she was sashaying along on the stage while greeting the crowd, hooky bass beats from the opening track ‘Get Away’ subtly moved in and made the entire venue cheer. As she sang, “Roll up an L and light it / Let’s go to space”, the audience – mostly twenty-somethings clad in high-water jeans and other Normcore essentials – could not resist the temptation to move their hips.

The Internet, the latest brainchildren of hip-hop, R&B, jazz, funk and soul from Los Angeles, took the UK by storm with their Ego Death tour. Their third and latest album, released in the summer of last year, showcases frontlady Syd’s songwriting talent as she depicts the zenith and nadir of love. Ego Death also features some of hip-hop’s finest bellwethers: Vic Mensa, Janelle Monáe, Kaytranada and Tyler, the Creator. What grasped my fascination with Ego Death was the use of loose instrumentation underlaying Syd’s low-key vocals.

That night at Motion, a nightclub just outside of Bristol’s city centre, reinvigorated my faith in the group’s ‘alternative R&B’ genre. The soul collective moved on with ‘Gabby’, a track about a chatty girl featuring Janelle Monáe’s pretty undertones. And just like that, by the second track of the set, the crowd instantly got in the groove and strutted their stuff.

Syd even had the chance to perform ‘Gone’, a track by downtempo duo Snakehips that she was featured in. Layers of synths interweaved with her atmospheric vocals and conjured up a dreamy escapade that took you to a sketchy nightclub with neon lights emitting from the overcrowded bar. Next thing you know, you can’t remember anything about the fun night as Syd declares: “Don’t know what happened, but baby I’m flying / I hope I’m not driving ‘cause then I’d be dying.”

For me, ’Something’s Missing’, a track filled with tinges of jazz and neo-soul stood out the most. The track opened with eclectic bangs of drums and continued with Syd pleading with a girl not to leave even though the girl is no good for her. The last third of the track saw a delicate instrumental change and turned into a chill, laid-back jam. I was a bit iffy with how the track would be delivered in a live show, but this Odd Future lot managed to pull it off sublimely.

The night wrapped up with ‘Special Affair’, a dance-worthy track complemented by a crawling bass line and, again, Syd’s flawless vocals – perfect to woo a special someone you meet at a party (“Fuck what’s in your phone / Let me take you home”).

Yes, the star of the night was definitely Syd. It’s her unaffected charm that surely, after “feeling nice and comfortable with a Patron”, swoons you over and lets her take you home. 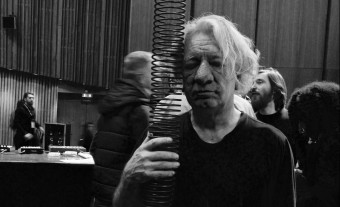