Sci-fi is back! Sadly it’s the cowboys & indians sci-fi of LucasArts, not the machine apocalypse of 2001. (I actually haven’t watched the new Star Wars yet and everyone’s saying it’s good so maybe I should hold judgment…) In any case, Solar Bears know the score and they’ve produced the sort of grimacing anti-futurist soundtrack that suits “I am the law!” much better than “I am your father”.

Bouncing from Planet Mu to Sunday Best for their third record, Solar Bears are yet another stellar Irish act creating exciting soundscape productions. I really need to book a trip over to Dublin ASAP.

Compared to their previous two LPs, She Was Coloured In and Supermigration, Advancement is instantly recognisable as being a real, er, advancement in Solar Bears’ production. Where before the slightly kitsch, lo-fi digital sounds had an air of the DIY about them, here the bass sounds truly space-age, while the drums feel like they’re physically protruding from your headphones. On the aptly titled ‘Scale’, glitches and alien wailing converge around this cacophony and produce one of the record’s most exciting moments.

Sometimes the old aesthetic sneaks in and feels a little out of place. I started skipping past third track ‘Age Atomic’ as it just deflated the momentum built by the awesome opening duo too much. Again, too, on the penultimate track ‘Longer Life’, which sounds more like an idea than something complete.

These complaints are only heightened by the fact that the album gets it right so much of the time though. ‘Gravity Calling’ riffs off the sort of paranoid, glacial keys you’d find on Logan’s Run and gently weaves them into a crescendo that’ll fit perfectly with the inevitable Tim Peake documentary.

The closer, ‘Separate From The Arc’, feels like the sort of thing Muse might’ve been able to produce had they not gone down the strutting Queen route. It’s bombastic and (a little bit) silly, but all the best sci-fi manages to combine frolics with a sense of serious adventure.

Advancement isn’t a perfect trip, but it’s one worth taking. To infinity… 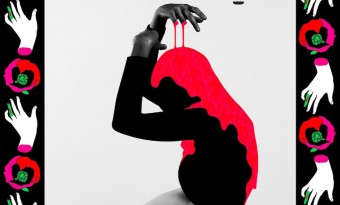