From the fragile tones of Charlie Hilton to the dark return of Dälek, this week’s singles column truly has… wait for it… ‘Something For Us All’…

Charlie Hilton – Something For Us All

I wasn’t sure about this Charlie Hilton track at first. It seemed to touch lots of my favourite bases – Maria Minerva, Broadcast, The Space Lady – but without quite breaking the surface frost of my cold, cold heart. Then something odd happened at the 1.20 mark: the tempo dropped, the beat fell away, an organ solo wormed its way in from nowhere, and all of a sudden I was floating away on a candyfloss cloud. Somehow, when the song reverted back to type, I was hooked. A strong example of how fucking with the standard structure of a pop song can really help bring it to life. Kier Wiater Carnihan

It’s 1977 again! Star Wars is on trend and shoulder-pad-sized synths are back on tracks. Com Truise’s ‘Silicon Tare’ is a little too Tron for me but it’s a pretty enjoyable piece of cheese. Nicholas Burman

I haven’t heard anything from experimental rap trio Dälek for bloody ages, but ‘Guaranteed Struggle’ slips down as smoothly and familiarly as a nice cup of tea. Although this being Dälek, the tea is the sort that’ll have you seeing strange faces start appearing in the walls about five minutes after ingestion. While MC dälek’s rap seems a little low in the mix, the menacing backing track is as dark and discordant as a blood-stained MPC being chucked down an ominous, winding staircase. KWC

This is actually one of two new Digitalism tracks released this week to herald the May 13th release of their new album Mirage. While the other one, ‘Battlecry’, does nothing for me, this one has definitely got legs. It might have something to do with the rare appearance of the sun in the sky today too. In the absence of new music from Caribou, this does the job pretty cheerfully. KWC

Eagulls helped kickstart the more interesting side of the post-punk resurgence with their debut, alongside the likes of Hey Colossus and Girl Band. ‘Skipping’ feels a lot less dangerous than their previous work, and hints of ’80s New Wave legends such as New Order and The Cure are most notable here. It’s a great imitation, I’m just not sure how many Savages the world needs, although the production here is much more engrossing than Adore Life‘s gloss allowed that album to be. NB

Apparently this is a tribute to Face+Heel’s favourite much-missed Aberystwyth video shop, which is the best muse for a track I’ve heard about for a while. It must’ve been a fine rental outlet to inspire this largely instrumental charmer, the warped ‘n’ woozy nature of which does indeed call to mind a box of old VHS left out in the rain. In a good way. KWC

What I know about Tuareg music wouldn’t fit on the back of a polaroid, although this Algerian band’s aim to create “sumptuous slow burners” is certainly achieved here. NB

This sounds like the sort of song I’d whistle while walking down an idyllic country lane, on my way to sell an overflowing basket of apples at the market. It’s a vision that evaporates the moment the track finishes and I open my eyes to a detritus of coffee-stained mugs and take-away trays still smeared with chilli sauce but hey, a man can dream – and Kikagaku Moyo excel at providing the soundtrack to such fantasies. KWC

There’s quite a bit of ‘bonkers’ music around, and most of it is instantly unbearable. This track actually sort of works as a bridge between Tom Tom Club, Dan Deacon and Yolanda, helped no doubt by its brevity. NB

This is some of the best stuff The Internet have done. A great laidback R&B atmosphere that transforms into an old Motown ballad sounding like it’s being beamed direct from an original 7″. Smooth, in other words. NB

It’s easy to forget that James Blake once produced bangers like ‘Cmyk’, but Roll Deep’s Trim seems to have brought that side back out to play. ‘RPG’ is a world away from Blake’s usual po-faced productions and all the better for it, while Trim’s angular flow suits it down to the ground. KWC 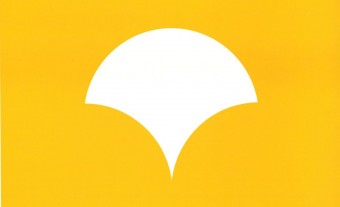