The last La Sera record, 2014’s Hour Of The Dawn, saw ex-Vivian Girl Katy Goodman running her fuzzed-out dream-pop through a punk filter. With a new band, she found a grittier sound and a rebellious attitude – like “Lesley Gore fronting Black Flag”, as she described. Hour of the Dawn’s opening song was sarcastic and bold – “I won’t live like this forever / Losing to the dark” – and the record that followed was full of sunny riffs, sweet but not saccharine.

From the outset, it’s clear that Music For Listening To Music To is an entirely different beast. The guitar jangles instead of shreds; the drums are cleaner and quieter; there’s tambourine and even a harmonica (!). In the opener, ‘High Notes’, Goodman sings, “I’ll hit the high notes / Wink as you walk by” and this playful self-confidence pervades the entire record. Katy Goodman has a high, sweet, feminine voice, and on Music For Listening…, she is not afraid to use it.

At this point, we’ve experienced a few of Goodman’s musical incarnations – surf-rock, dream-pop, punk – but on this record, we get the sense that there are some new influences at play. There’s that harmonica solo at the end of ‘High Notes’ and the 1-2-3 waltz of ‘Take My Heart’. Or the jauntiness of ‘I Need An Angel’ that almost feels like rockabilly. Or in ‘Begins To Rain’, those tremolo guitar swells that fall somewhere between surf and country.

Throughout the record there’s a kind of ’50s Americana vibe – which ends up being unsurprising when you find out Ryan Adams had a hand in all of it. It’s thanks to him that La Sera recorded live to analog, lending the songs a much more immediate feeling. On the slow, dreamy ballad ‘Take My Heart’, you can almost see Goodman swaying on stage in front of you, eyes closed in the spotlight.

However, as far as the La Sera’s sound goes, the most interesting development is the relationship between Goodman and her guitarist (and now husband) Todd Wisenbaker. Hour of the Dawn was Goodman playing frontwoman, the cover a perfect picture of carefree badassery: Goodman dancing by herself, tattoos, black t-shirt, messy hair. While lyrically, Music For Listening… has similar themes of love lost and gained, growth and self-acceptance, told primarily from Goodman’s perspective, she is no longer the sole focus. There are two of them now, together on the album cover, which itself is split in two: half the text bold capital letters, the other in softer lower-case script. And indeed, Wisenbaker’s guitar work is integral to the whole, placing Goodman’s vocals in an entirely new context. The Smiths are an obvious influence. The nonchalant jangle of ‘One True Love’ would not be out of place on The Queen Is Dead. In ‘Time To Go’, the driving urgency and aluminium guitars recall Shakespeare’s Sister. ‘I Need An Angel’ crosses Johnny Marr with Johnny Cash.

The combination of Wisenbaker and Goodman’s various styles and influences make this record an interesting listen. There are moments when everything meshes perfectly and the result is a song that transcends its influences. ‘I Need An Angel’ is an example of this: that little descending blues scale in the guitar riff keeps it from being too Smiths-y, Goodman’s vocals are at once pop and rockabilly, and Wisenbaker’s voice provides a pleasing change of pace. While none of the songs are as immediately catchy as most of those on Hour Of The Dawn, they feel more genuine and, as the album’s title suggests, they are simply there for the pleasure of listening to.

Time to fill up on Anenon's 'Petrol' 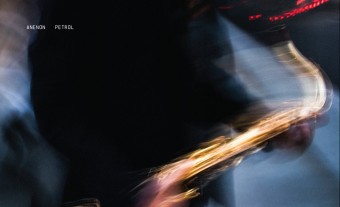 Anenon's superb new album revolves around his native L.A.'s obsession with cars, and it's likely to leave you transfixed like a deer in the headlights...
Read More