If there’s one thing I won’t forget about Kayla Painter’s performance at Clwb Ifor Bach, it was how transfixed the audience was at the mesmerising visual arts that complemented her tunes. After twisting some of my mates’ arms to come with me to the musician/producer/visual artist’s show in Cardiff, I was glad that I proved them wrong. Kayla’s set completely enthralled us all.

Let me try to paint a picture of the scene: a giant screen which displayed Kayla’s catalogue of visual arts divided the set and the crowd. When the opening track ‘Rising’ began, the crowd instantly drew closer. Some were seen gawkily dancing to the intricate beats while others furtively nodded their heads in correspondence to the rhythm.

There was this uncanny resemblance to Tricky when the third track played – ambient beats intertwined with layers of a Sprechgesang vocal approach. I quickly wondered whether (or not) Kayla Painter had used some samples from Tricky, but as the visuals continued, a red mask that looked like one used in Chinese lion dance appeared and I knew this wasn’t a creation of Bristol’s famous trip-hop artist. Turns out, it was a marvelous remix of ‘Compress’ by the experimental electronic group (and fellow Bristolians) The Crisis Project.

Kayla herself admitted that friendly banter with the audience wasn’t her forté, so she thanked us briefly and went on to sway with the fourth track, ‘Revert’. When I first had a listen to this track, it immediately reminded me of sounds from the likes of Autechre and Aphex Twin. The complementing hum of a woman and the mellow harmony makes you want to shut your eyes and let your limbs move to the soothing tunes.

My favourite of the set was ‘Railway Lines’. Prominent bass, breakbeats and ambient techno all encompassed in a five-minute composition that would surely make you dance. The set wrapped up with ‘Ga Ga’, another surreal track with immersive beat programming. After it ended, I couldn’t help but ponder: when can I enjoy her set again? The crowd was just so rapt in awe and couldn’t stop cheering for her. Kayla Painter is a captivating performer and certainly an artist to watch.

How to recognise Meilyr Jones at Electrowerkz... 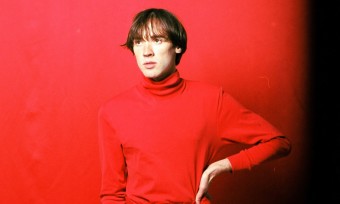 As the world mourned the loss of one musical Jones, another stepped up to lift the mood - and we expect to hear a lot more from him in future...
Read More