Flying in the face of its weekend reputation, Scala’s recent date with This Is The Kit formed the most gentle music experience I’ve had all year. Gentle, that is, in the style of a steaming mulled wine sneakily laced with a double whisky, leaving me all warm and a just a little bit wobbly.

Sporting Viking plaits, a Badly Drawn Boy beanie and a cardigan seemingly made of elfin felt, the moment Kate Stables walked onstage we were transported out of sooty Kings Cross to the folksiest corners of the band’s Bristol homeland. The rest of the band included smiley Neil on guitar, and the meek Terry and Mel on saxophones: it couldn’t have got much more ‘hippy living room’.

This Is The Kit’s hushed volume certainly implied they didn’t want to disturb the neighbours, but the golden aura around Stables meant the PA system seemed a little superfluous anyway. She cascaded through melodies with a lightness that would have made Sandy Denny weep, and at the same time reclaims the banjo from Mumford & Sons’ satanic clutches.

Stables’ style is by no means constrained to nostalgic flower petals: her wry introductions to songs revealed a cutting sense of humour, and also a sharpness of personality which then came through in the haunting lyrical sway of ‘Spores All Settling’, and ‘All In Cahoots’’s ominous warnings to the unnamed listener: “Just because they got away with it / Doesn’t mean to say that we will too / Probably the opposite in fact / Probably the opposite is true.”

With a purely acoustic onstage presence, the more electronic adornments of the recordings were often swapped out for improvisational bits and pieces on the guitar by our old pal Neil. Generally this was pleasant enough, though my ears did feel sad to miss the soaring organ-like chords which ride over Wriggle Out The Restless opener ‘Sometimes The Sea’, and on a couple of occasions it would have been nice to explore other alternatives to filling these gaps. It’s a minor quibble though: it was impossible to be disgruntled with Neil and his wise old grin for more than ten seconds.

It’s rare for a band to tour new material so comfortably alongside old favourites, but that’s exactly what This Is The Kit accomplished – all of their work is unified by the sense of narrative in each song, and the quiet confidence in the melodic spells which are woven. That said, ‘Earthquake’ forms the one anomaly in the repertoire, and its hypnotic bluesy groove was always going to be the inevitable encore. Segued into an old English folk song, once the contagious riff got going, we were all left to float in amongst it for a good seven minutes or so, and it was totally delicious.

I exited onto Pentonville Road as if emerging from a smoky den of peace and love in 1968, all contented inside and spouting goodwill to all men and women. It’s lucky This Is The Kit’s music did it: at £5 for a can of Red Stripe at Scala nowadays, there was little chance of reaching that level of warm fuzziness any other way. 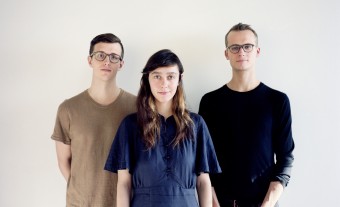 Sound desk stutterings and a slightly sparse crowd fail to stop Braids from producing a harmoniously energetic performance at the Scala...
Read More