Though he died in poverty and obscurity, H. P. Lovecraft is now regarded as one of the most important horror writers of the 20th century. While his controversial and unsettling stories only ever found a home in pulp magazines during his lifetime, since death his influence has spread as insidiously as the tentacles of Cthulhu himself.

Lovecraft’s knack for the uncanny has inspired not just writers like Alan Moore, William S. Burroughs and Stephen King, but film directors and artists too – works by John Carpenter and H. R. Giger are among many to bear H. P. Lovecraft’s distinctive impression. Many musicians have also found themselves under his spell, not least in the horror-friendly heavy metal genre. Black Sabbath were one of the first to get on board; their eponymous debut album features a song, ‘Behind the Wall of Sleep’, inspired by a H. P. Lovecraft short story.

Lancashire synth wizards The Duke St. Workshop are the latest artists to continue in this hallowed tradition. A duo generally concerned with the composition of ‘soundtracks to imaginary films’, their latest record revolves around two H. P. Lovecraft short stories: ‘From Beyond’ and ‘The Hound’. Teaming up with British horror actor Laurence R Harvey (Human Centipede II & III / The Editor), Tales Of H.P. Lovecraft sees the macabre tales being read over a Carpenter-esque sound-bed featuring layers of moog, piano and samples of scraping metal…

It’s a worthy tribute to Lovecraft’s genius and we’re delighted to give you a taste of it today, with an exclusive cut from the record. ‘Negative Forces’ is a tense but strangely funky four minutes of synth wickedness, with Harvey adopting a woeful tone over The Duke St. Workshop’s groove, invoking a ‘seething column of unrecognisable shapes or clouds…’

The Duke St. Workshop’s Lee Cullen explains how their fascination with H. P. Lovecraft developed into their most exciting project to date:

“I discovered Lovecraft through my Father’s book library in my formative years. I was drawn to Lovecraft for a number of reasons. His work is short, in the main, and adaptable to short form recording. His stories appear much less restrained than other writers of his era, Arthur Machen or Algernon Blackwood as examples. Other releases of ours have explored cold cases and the horror of reality, tackling Lovecraft was a way to explore fictional horror. Also, his work and his ideas are a strong influence on modern Horror cinema and thus the perfect setting to collaborate on, what with Laurence’s status within the genre and our reference of Horror soundtracks on our previous works.”

You can submit to the full terror of Tales Of H.P. Lovecraft on January 22nd, when Static Caravan release a limited run of 300 vinyl, replete with artwork by Marvel artist Sean Phillips. 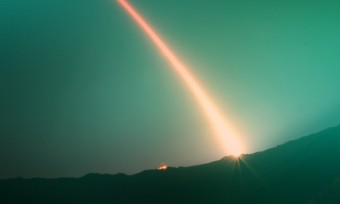 Brighton's AOTOA continues to go from strength to strength, and The Monitors is delighted to host his latest lavishly layered take on two-step...
Read More